Zairov ahead of his second FFC match: “Nikos, I hope you are ready because I’m coming to beat you up on your own turf” 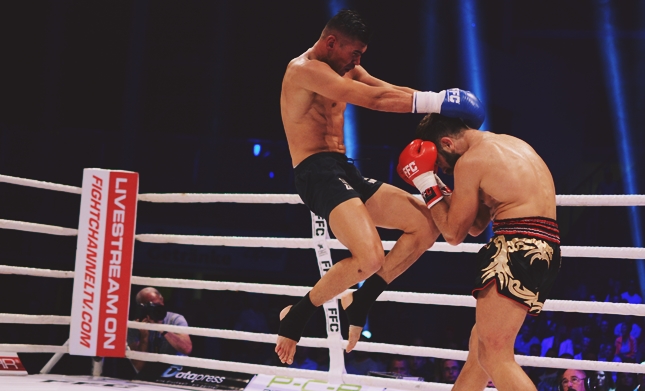 When Samo Petje’s original opponent cancelled his performance at FFC 26 on short notice, Zahid Zairov saved the day and stepped in. This 27 year old Russian fighter living in Holland provided very good resistance to Slovenia’s best lightweight. Now almost half a year later, Zairov will get a new chance to fight in the FFC ring and on March 11 he is to lock horns with Nikos Hysen from Greece.

Zairov announced that he plans to shine in the FFC ring this time in Athens. But, unlike ahead of his match in Linz, this time he will be completely ready and he is to fight in the division that suits him much better.

“I’m not only a kickboxer, I’ve always been a fighter. I want to prove that I’m a fighter for any occasion“ Zairov said about himself and recalled his FFC debut.

After only two trainings he stepped in to fight the champ

“I had a match in Chechnya after which I took some days off and I partied every day. I did not train at all, but FFC needed an opponent for Petje and I decided to give it a shot despite the fact that it was not a match in my division. However, it was a good fight. Especially if you consider the fact that I did not train for a month and a half. I did only two training sessions ahead of the match and I proved I’m not a piece of cake,“ Zairov said about his match against Petje which he lost via unanimous decision.

On his new opponent

“I don’t know Nikos well, but I think he is an experienced fighter. However, it will not be a problem because every weapon I possess is dangerous. My arms, my legs and my knees… It’s all very dangerous for my opponents,” warned Zahid.

“My natural division is featherweight and I was too light for Petje. Featherweight is perfect for me and this is where I feel very good. I hope everything will go according to plan and in that case, a rematch with Petje would sound quite good. Fighting for the featherweight belt would be a perfect scenario, anyhow. Of course, if I perform well in this match.“

Zahid also revealed that he played football ahead of becoming a kickboxer and that he was attracted to fighting sports ever since he was a kid. Outside of the ring, Zairov claims that he is a father and a student who enjoys the company of his girlfriend.

Ahead of his upcoming match with Hysen he does not lack confidence and he has a message for his opponent:

“Nikos, I hope you are ready because I’m coming to beat you up on your own turf!“

Edgar Santos: “I’ve been waiting for a chance like this for a long time” Filip Pejić: I am two fights from the UFC, I’m not interested in Antun Račić