Edgar Santos: “I’ve been waiting for a chance like this for a long time” 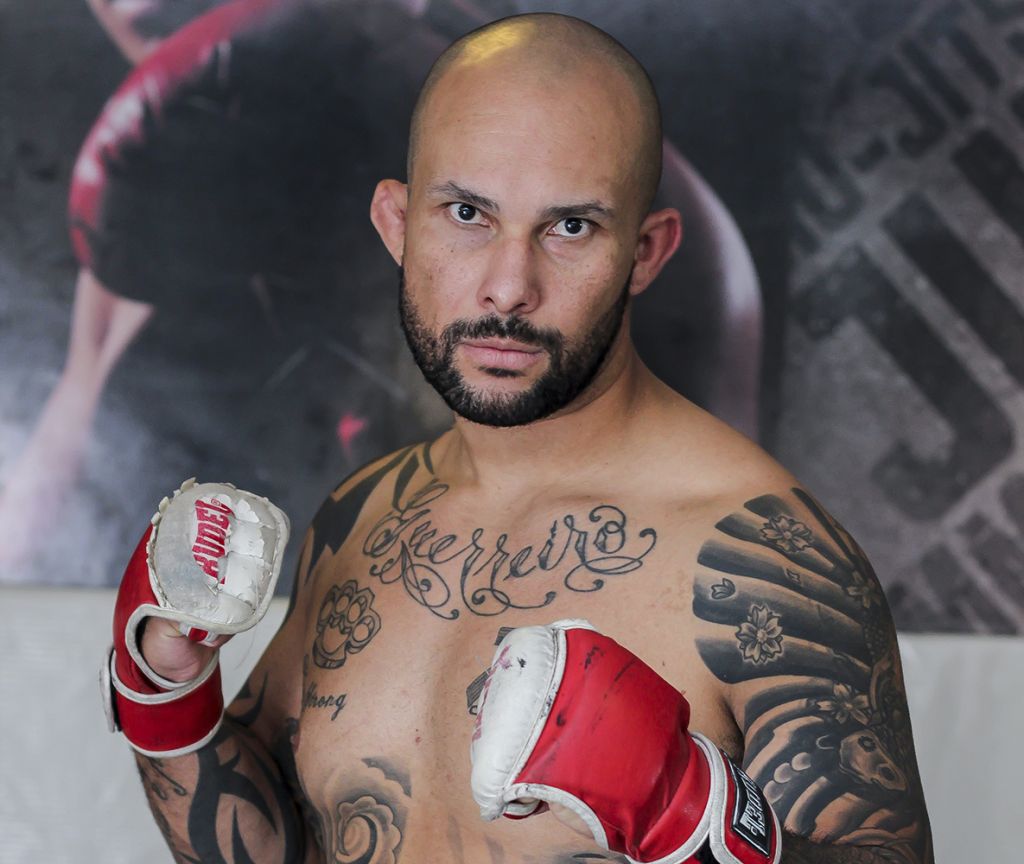 Brazilian jiu-jitsu expert Edgar Santos is the latest FFC reinforcement and he is to make his FFC debut at FFC 28 this weekend in Athens. In the Greek capital he is to face Stamatis Moroulis (9-2).

What can you say about yourself, what type of fighter are you?

I’m a Jiu-Jitsu third degree black belt with an experience of 20 years and I am also a Muay Thai black belt. I would say I’m both agressive and strategic at same time. Despite the fact that my fight’s game base is Jiu-Jitsu, most of my wins were by KO or TKO. My first MMA contests were in the United States, as you can see on Sherdog. All the others were in Brazil, my native country. The opportunity to fight in Greece came by a friend, Danilo Vilefort, who is a head coach of Blackzilians.

What do you know about FFC as a promotion?

I know FFC is a major promotion company in Europe and it has a good marketing mix. It is said to be the fastest growing martial arts promotion in this continent and its President Orsat Zovko is worldwide known as the former manager of the UFC’s ex-fighter and actual Rizin’s fighter ‘Cro Cop’. FFC is unique in its concept of presenting both Kickboxing and MMA matches in one evening. This event operates under and with the production support of Fight Channel Group wich comprises the specialized cable channel ‘Fight Channel’.

Do you see this fight as a step forward in your fighting career?

Fighting in such great event in Europe is a great opportunity for my career, I’ve been waiting for a chance like this for a long time, several years to say the true.

You are middleweight fighter, but this fight will be in catchweight. Would that be something new for you?

Even though I’m a middleweight fighter, I already fought as catchweight once. This would be no problem to me as long as we agreed on that in advance.

Your opponent is also an FFC debutant. Did you find some videos of his fights? What can you say about him?

I found some of my opponent’s videos on internet. Watching the videos, I noticed that he is a jiu-jitsu’s based fighter as me.

Where do you see your chances in this fight? Where are his weaknesses that you will look to take advantage of?

It will be a very good chance to test my skills as a fighter because he uses mainly Jiu-Jitsu games and he also is and expert. He is a complete fighter and my strategy may change depending on his game.

You are coming to Europe. Is this your first fight in different time zone? Will you come to Greece some time earlier to adjust?

This is the first time I fight in a different time zone. When I fought at USA I was living there, so time was no matter. I’ll arrive in Greece three days before the contest expecting it to be enough to adapt to the local time.

What type on fight can FFC fans expect from you and your opponent?

They can wait for a very exciting fight, full of Jiu-Jitsu and maybe some surprises.

FFC 28 Athens PREGAMES Zairov ahead of his second FFC match: “Nikos, I hope you are ready because I’m coming to beat you up on your own turf”