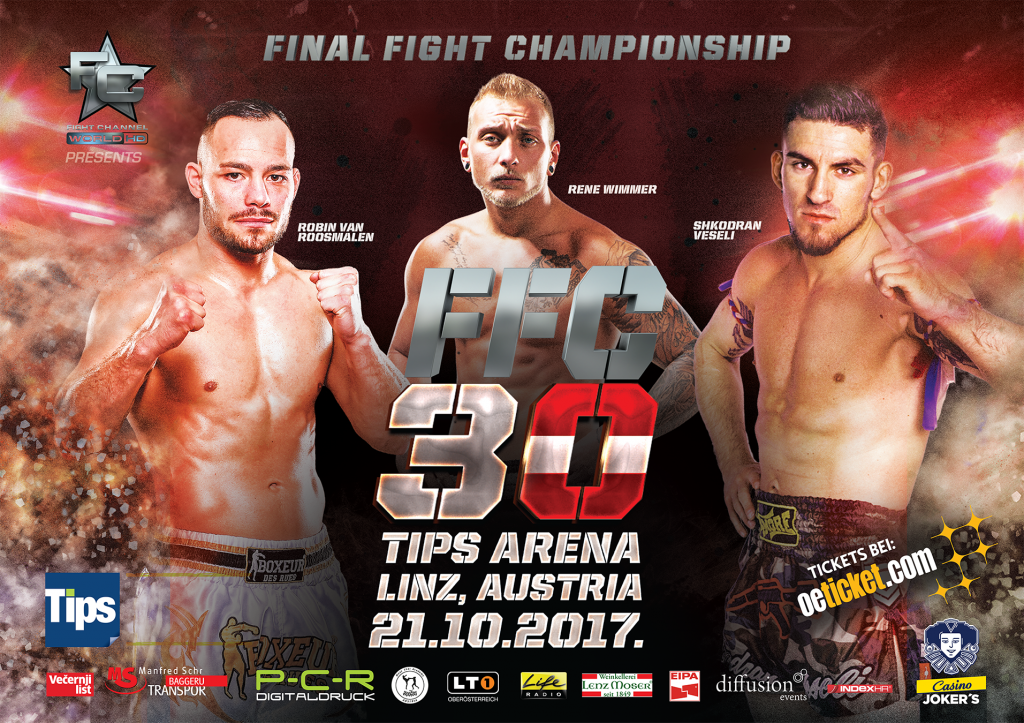 With FFC 30 set to take place in October, the promotional material is starting to trickle out!

FFC will be bringing fight fans two events in one night. The fight that has the majority of MMA and kickboxing fans talking about is Robin van Roosmalen‘s third MMA bout in the FFC ring after two KO wins. This Glory kickboxing champion will headline the MMA card.

The kickboxing part of the event will be headlined by one of Europe’s best kickboxers – Albania’s Shkodran ‘The Albanian Warrior’ Veseli. After a yearlong hiatus, Veseli is determined to step back into the ring and try to show that he still has a lot to prove. Originally he was to fight Croatia’s kickboxing prospect Ivan Bilić who was forced to cancel the match due to an injury and was thus replaced by Greece’s Dimitrios Chiotis.

FFC 30 tickets are available for purchase now: http://bit.do/FFC30_Tickets. Stay to the FFC social media pages for more information on how you can catch some of the action live and direct from Linz.

Skhodran Veseli gets new opponent for FFC 30 Linz FFC 30: Check out our new MMA and kickboxing prospects from Southeast Europe to keep an eye on!