FFC 30: Check out our new MMA and kickboxing prospects from Southeast Europe to keep an eye on! 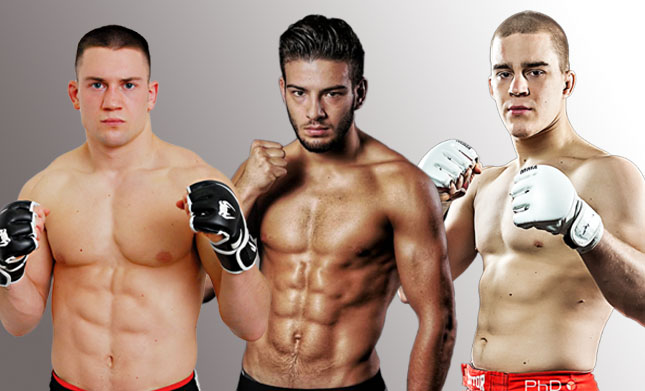 FFC 30 is set to take place October 21 in Linz, Austria. After a summer break, Final Fight Championship is back with an excellent event at TipsArena in Linz, Austria, for the third time.

As usual, FFC format brings fans two events in one night, meaning that the upcoming FFC 30 is to feature six kickboxing and six MMA bouts.

This time we proudly introduce you some of the best fighting sports prospect coming from Southeast Europe that will step into the ring at FFC 30.

Filip Pejić back in action

After a longer hiatus, former UFC fighter and FFC featherweight champion Filip ‘Nitro’ Pejić (11-2-2, FFC 4-0-2) is to fight under the FFC banner again. This ATT Zagreb member is to defend the belt in an exciting bout against tough Russian fighter Arbi Mezhidov (7-2, FFC 1-0) living and fighting out of Vienna, Austria. Ever since UFC cancelled his contract, Filip Pejić scored two wins, but his last match at FFC 28 with Alexis Savvidis finished as a draw. Another impressive thing about Pejić is the fact that he suffered only one loss in his 13 professional MMA bouts. The only opponent he lost to was Damian Stasiak in the UFC Octagon in his only bantamweight excursion.

Other intriguing MMA matches at FFC 30 will feature Croatia’s Stipe Brčić (4-0, FFC 0-0), Luka Ćurković (4-1, FFC 0-0) and Serbia’s Duško Todorović (4-0, FFC 0-0) who are to make their FFC debuts at the upcoming event this October. FFC 30 might be the biggest test so far for the three, not because of their opponents, but because of the fact that this will be their first performance on such a big stage.

Originally, Brčić was to fight Slovenia’s Lemmy Krušič who has withdrawn from his catchweight clash against the Croatian prospect. Krušič hoped to start a new winning streak at FFC 30 in Linz, but was unfortunately forced to cancel the match due to an injury. As is turned out, Brčić is to clash with dangerous Russian wrestler Magamed Batirov (3-0, FFC 0-0) in FFC’s inaugural bantamweight bout.

Duško Todorović (4-0, FFC 0-0) is a young undefeated Serbian MMA prospect with four wins in total – two via TKO and two via submission. At FFC 30 in Linz, Todorović is to make his FFC debut against 25 year-old Alexander Poppeck (8-1, FFC 0-0) hailing from Germany. Poppeck had a streak of six wins when he lost to Rob Wilkinson in October last year. However, he came back with a decision win over Fitim Ukelli this April and is surely hoping to continue in this manner in his FFC debut.

Croatia’s Luka Čurković is to open the MMA part of the event in a clash against Austria’s Dominic Schober (6-2, FFC 0-0) who will fight in front of his hometown audience.

Clash of an Albanian and a Greek warrior

And while there are still some names in the MMA part of the event to be revealed, kickboxing section is almost completely set.

After four impressive wins in the FFC, Veseli fought for the FFC belt in September 2016 at TipsArena with one of Holland’s best fighters, Eyevan Danenberg who also fights under Glory’s banner. Veseli came short of the belt, but he proved that he is a force to be reckoned with.

Moreover, the winner of this bout will get the crack at the welterweight belt.

Chiotis made his FFC debut in February 2015 at FFC 22 Athens when he KO’ed Croatia’s Jasmin Bajrović. The two opened the show with real fireworks, both showcasing their uncompromised styles. However, Chiotis proved to be the better man that night, he showed he is willing to provide an exciting performance and thus he launched himself into the FFC welterweight title picture.

No way this bout will go to distance!

Petje in a non-title fight in Linz

Budimir Bajbić fighting out of Bosnia and Herzegovina was already set to make his FFC debut that he was forced to cancel due to an injury. This October he will finally step into the FFC ring against FFC middleweight contender Rene Wimmer. Having in mind the uncompromised styles of both fighters, we will see nothing short of a real blast in the ring!