Ivan Šakić ahead of his FFC debut: Denić is a technical fighter but I want to exchange blows 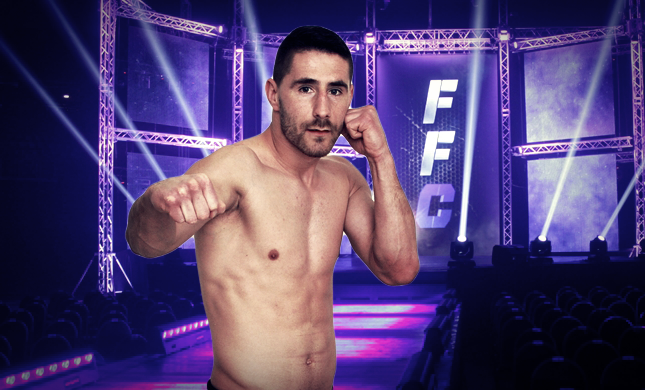 After Budimir Bajbić was forced out of the kickboxing part of the FFC 29 coming up this month in Ljubljana, Slovenia, his Fight Club Winner teammate stepped up as a new opponent to Strahinja Denić in -85. Ivan Šakić is a kickboxer and a boxer who recently put small gloves as well to test his skills in the MMA cage. FFC 29 will mark his FFC debut.

How do you feel ahead of this match since you are to replace your teammate?

“I am really sorry Bajbić sustained an injury. He really worked hard on preparations for this match. I was his conditioning coach and I worked with him so I can say he was in top shape. But unfortunately, he has an accident while training. His sparring partner landed a big blow to his rib. It’s nothing serious, but he also had an old injury that did not heal well, so unfortunately, it was easier to sustain a new one.”

“I think I am the only one who could step up and represent our team in the FFC. They gave me this chance and I know it’s a big deal. I can only say I am well prepared and I’m just getting into shape.”

You have some twenty days left to the match. Will you reach your top shape?

“I will surely be at my 95% because I’m always in shape and I’m always ready. We just have to come up with a game plan and we’re working on that. But I don’t think I will have any problems when it comes to my shape.”

What do you know about your opponent Strahinja Denić?

“I did not know much about him until now. I watched his matches and I think he is a good fighter. He’s technical and he is in good shape. He’s doing a good job and he is a good boxer. He is very calm and relaxed. Definitely a good opponent, but I will do my best.”

Tell us more about your fighting style and your game plan.

“I am a good boxer. I might be a better puncher than anything else so I will try to close the distance maybe. We will try to get closer and to put up a real exchange. Since he’s is technically good, my goal will be to shorter the distance and to come as close as I can. I think I am really good in that aspect.”

You had your MMA debut last year. Can you tell us more about that experience and plans?

“I decided to get serious in MMA because that’s the sport in which I want to actually make something. I think I am made for MMA and that sport is something that suits me the best. When it comes to boxing, I never picked opponents to build my career. But I worked with excellent people, I had opportunities to fight for titles and I have big experience in boxing.”

“I suffered a defeat in my MMA debut. I lost to and excellent fighter who might get a UFC deal soon, Damir Mihajlović, brother of Bojan Mihajlović who is fighting in the UFC. In Munich I defeated a German guy in the third round on his own turf. I think it was more due to my will and shape because MMA rounds last five minutes which is a lot. Recently I did a match in my hometown too. My opponent was a good striker so I had no problems taking him down. So I have two wins and I definitely plan to work on my MMA career.”

Would you like to fight in an MMA bout at FFC? In which division and which opponent?

“Of course I would love to. The opponent is not important, I have to focus on myself for now. And I’d fight in -77 division.”

“I have no message for Strahinja. I am the anonymous here and I have to prove myself. The pressure is on him because he already fought in the FFC ring and he has to meet big expectations. I will enter this match with no stress.”

Ivan Erslan on his upcoming FFC debut: “I want people to know about us after this bout” Tilen Kolarič – FFC Futures winner on a mission to wash away the bitter taste of defeat