Ivan Erslan on his upcoming FFC debut: “I want people to know about us after this bout” 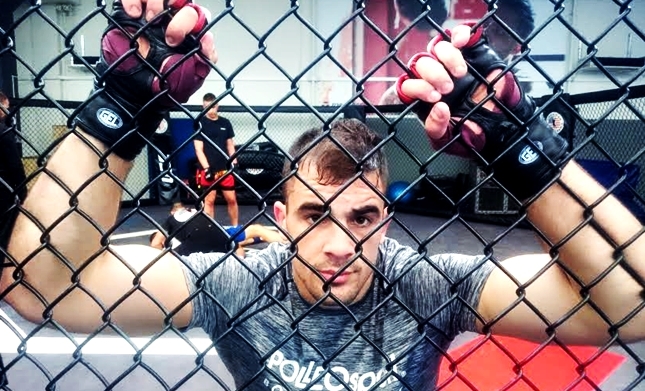 Final Fight Championship is coming back to Ljubljana, Slovenia, this April with new reinforcement in its light heavyweight ranks. Ivan Erslan is an undefeated MMA fighter coming from the American Top Team Zagreb and he is to make his FFC debut at FFC 29 where he is to lock horns with Ivica Tadijanov.

Ivan is originally from the small town of Obrovac and he moved to Croatia’s capital in search for knowledge and education. He is currently a student at the Faculty of Transport and Traffic Sciences in Zagreb, but lately he is mostly focused on his fighting career.

What is your story and your beginnings when it comes to fighting sports?

“It’s been a while since my brother started practicing Jiu Jitsu and Taekwondo and when he moved to Zagreb, he started to train at UFC Trešnjevka. Two years later I also moved to Zagreb to study and my brother talked me out of gym and made me try fighting sports. I started to train and I loved it. First couple of months I was coming home with bruises all over my body, but I never quit. With time I was getting better and better and I realized I could make something out of myself. I fought at Croatia’s amateur championship and I won. I defeated an experienced fighter in the finals. A guy with a couple of professional matches under his belt. Then I won another match via fast KO. Once ATT opened a gym in Zagreb, I decided to train there because conditions are better as well as sparring partners,” said Ivan who, according to Sherdog, has 2-0, not including a win over Muhamed Mahmić that he scored at Munja Fighting Championship this January.

“Surely, this represents the biggest step forward in my career. FFC is a great organization with great fighters. Everything is on the top level. As well as my next opponent. You can expect an exciting match from my part. It will not be boring. None of my matches were boring so far, this will be no exception. I’m sure people will enjoy it.”

“I know he’s been into this sport for a very long time. I’ve been hearing his name quite often. I also know he is an excellent grappler and that he wins on every competition he goes to. I am aware that this will be his huge advantage although I am comfortable in ground game too. His stand up is so-so but he is a good wrestler. We will see. I think I’m a better fighter.”

In case you did not know, Ivan also tried to establish a boxing career and he recently made his debut in the Regional league as a member of Boxing Club Sesvete. The interesting fact in this story is that Ivan never had a boxing match before and that he is an MMA fighter who trains at this elite Croatian boxing club.

“Our coach Sabit Handanagić is also strength and conditioning coach at Boxing Club Sesvete and he called me to come to help and to spar with Josip Biletić, European champion who was getting ready for European championship for boxers younger than 16. I also sparred with some top boxers. Of course, they were better but I did well. It was just a combination of circumstanced. Their super heavyweight sustained an injury and they asked if I wanted to step up. I was excited to do that. My first match was tight. I lost with 2:1 if you ask me. I felt great, but I was forcing myself a bit too much. In my other match I fought experienced Milutin Stanković, former WSB fighter. I think I won that match, but judges disagree. But it does not matter. I am happy how it all turned out and I hope we will continue to cooperate.”

Do you plan to combine MMA and boxing career?  Are you still trying to figure out what is the best for you?

“MMA is my first love and it will remain so. Boxing is something I want to gather my experience in and I do not have a lot of matches yet. I love to feel the fight and to keep the pace. This was ideal.”

“I mostly train MMA and when it comes to boxing, I usually spar a week before the match in Sesvete. I do two sparring sessions a week. I also practice with mitts here and then. I did not dedicate myself to boxing that much. MMA is still my main sport and I’m 100% into it. Boxing is, for now, something I do in my spare time.”

Who do you prepare with for your upcoming match in Ljubljana?

“Igor Pokrajac and I sparred every day until he received his medical results and was forced to take a break. Now I train with other guys in ATT– Filip Gaćeša, Saša Drobac, Matej Truhan, Ivica Trušček, sometimes Matej Batinić and many others. I really train with top fighters.”

With all those trainings, do you have time for anything else?

“Every day is generally the same. In the morning, I get up and train around nine or ten. I meet my friends, have a coffee, lunch… In the afternoon I take a rest and then at five thirty I have another training session. In the evening I might go to movies or café. But when I’m having preps, I have time for nothing else. I’m concentrated only on the fight. April 22 will be one of the most important days of my career so I’m completely dedicated to that.”

“I feel very confident and I think I will win. Whenever I imagine that fight I always see myself as a winner. I don’t see the way in which he could win or finish me, but I see a lot of ways I could do that to him.”

Aleksander Stankov: I will deliver an action packed match with Wimmer! Ivan Šakić ahead of his FFC debut: Denić is a technical fighter but I want to exchange blows