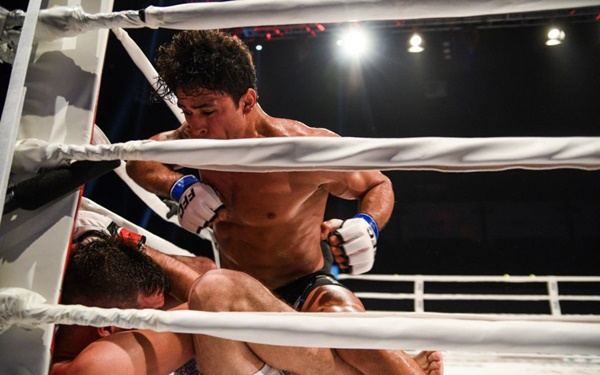 DAYTONA BEACH, FL – FFC 24 Daytona Beach took place this Friday at 8 PM with six MMA bouts and five kickboxing matches. The MMA part of the program was marked by some epic knock outs and the whole event was broadcasted live on CBS Sports.

The MMA part of the evening offered some top fighters, electric bouts and well as a couple of memorable KO’s. Despite the fact that the kickboxing matches definitely did not disappoint the lovers of this spot, the KB part of the show was dominated by the two European fighters who proved that the American kickboxing scene still has to grow. FFC heavyweight champ Mladen Brestovac managed to retain his bet against the US fighter Steven Banks after he KO’d him with a high kick, which is his strongest weapon as well. It was Brestovac’s 9th FFC win. On the other hand, former contender Tigran Movsisyan defeated very resilient Jovan Davis. Despite the fact that Tigran did not managed to KO this American fighter, he won via decision.

But let’s go back to the MMA bouts since it was quite hard to pick us the best match. One of the most memorable ones was the one between two Brazilian fighters in the co-main event – Roberto Neves and Valdir Araujo. Despite the fact that Nevez was underdog in this match, he landed a brilliant high kick on his opponent and knocked him out immediately. However, one should definitely not forget a spectacular KO delivered by another fighter who faced more experienced and well-known fighter – The TUF finalist Matt Van Buren. Jeremy Kimball finished his opponent with two right swings which was the fastest KO in the FFC history.

Another interesting match was the one between Chris Curtis and Leo Bercier. Curtis dominated the whole time, but Bercier proved he has a lion heart and loads of courage. He made it to the very end and honorably lost via decision.

The whole event was headlined by another big name on the MMA scene – Danillo ‘Indio’ Villefort, founder of the famous Blackzillians, who made his comeback after two and a half years and won via TKO.

Do not miss FFC 25 coming up next weekend in Springfield!