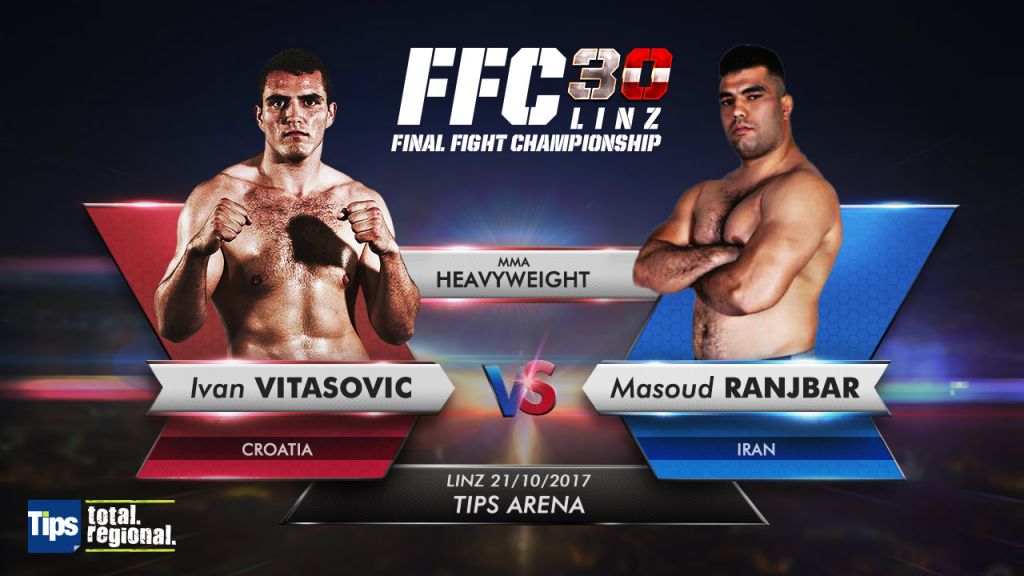 FFC 30 fight card is now finally all set with Satoshi Ishii and Bjorn Schmiederberg in the MMA headliner! However, there is one more heavyweight bout added to the card!

Croatia’s heavyweight Ivan Vitasović (4-3, FFC 0-2) will square off with Iran’s Masoud Ranjbar (3-0, FFC 0-0) in the MMA part of the upcoming FFC 30 Linz. Undefeated promotional newcomer Ranjbar scored two TKO wins in his last two fights while Vitasović already had a chance to fight some of the biggest FFC names including Austria’s ‘Hulk’ Stefan Traunmuller and FFC heavyweight champion Darko Stošić. No doubt that this match up will turn into a real brutal slugfest!