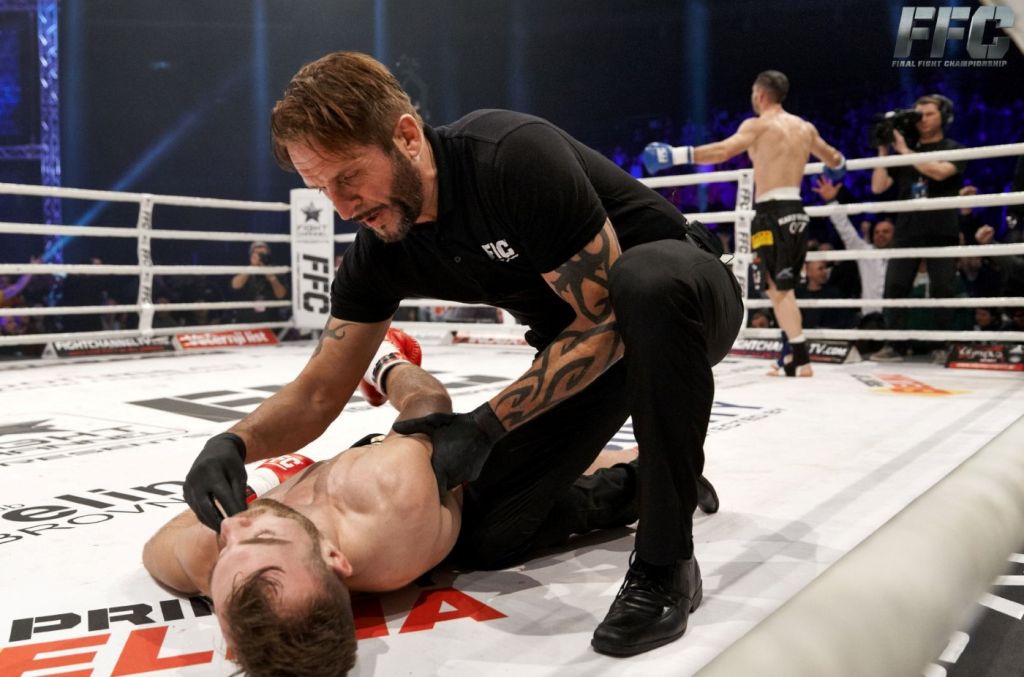 The Final Fight Championship archives are stacked with back-and-forth battles, devastating knockouts and some crazy moments across mixed martial arts, boxing and kickboxing.

In the last three months, two particular moments have resurfaced across social media and have spread globally. Rene Wimmer’s clash with Cheick Sidibe at FFC 26 went viral after a somewhat bizarre knockout resurfaced through our social partners MMA Videos.

Despite having fighting in his own country, Austria’s own Rene Wimmer struggled to deal with the vastly more experienced Frenchman. However, with just over two minutes left in the third and final round, a looping right overhand delivered a delayed reaction to the legs of Sidibe.

The video has amassed over an incredible TWENTY-EIGHT MILLION views across Facebook since July.

Rene Wimmer would go on to fight three more times for Final Fight Championship, with his most recent outing proving victorious at FFC 30 with a first round knockout of Budimir Bajbic.

Kickboxing contests have produced some of the most brutal, spectacular and jaw-dropping knockouts seen under the Final Fight Championship banner since its inception in 2003. Flash back to February 2016, and those fans in attendance at the Olympic Hall in Athens witnessed a stunning performance from Greece’s own Meletis Kakoubavas.

Samo Petje was on the unfortunate end of the Greek’s fist, and the re-surfacing of the bout online has attracted global attention. FFC have witnessed the three-minute clip reach over TWENTY-SIX MILLION views (and counting!) across Facebook.

Petje was to get his revenge in a bloodied rematch, with the Slovenian outpointing Kakoubavas at FFC 28, again in Athens, Greece. The FFC Lightweight Kickboxing Championship remains unclaimed, with Petje drawing with Bruno Gazani at FFC 34 at the Fight Dome in Las Vegas.