RATED R: Who’s next for Rohskopf? 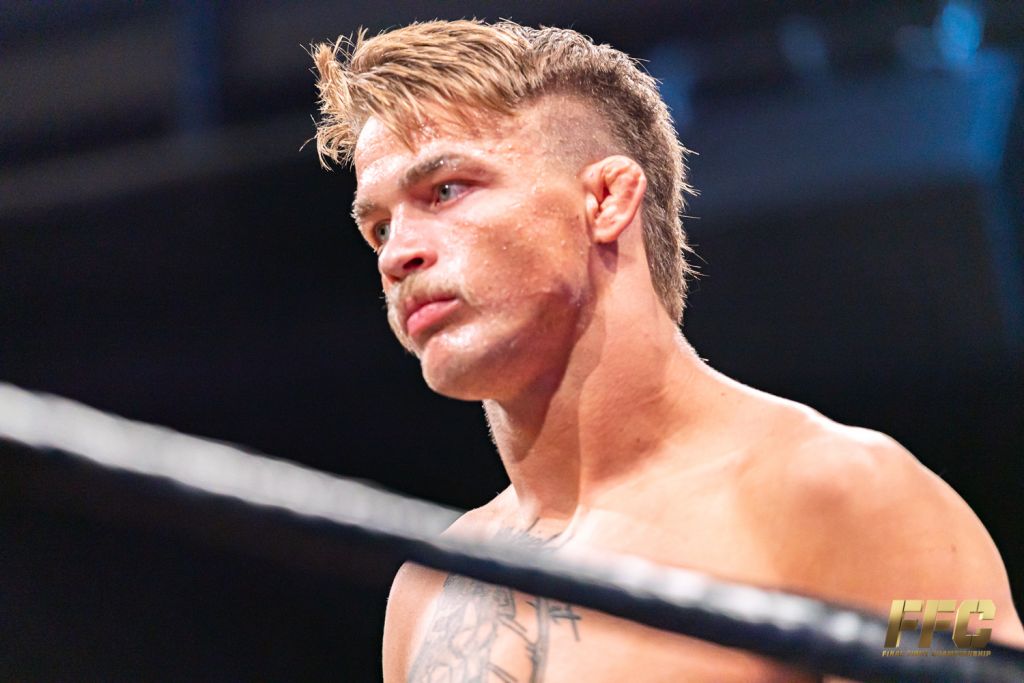 The feel of the changing rooms, the feeling of fighting in Las Vegas and the walk into the FFC ring at the Fight Dome have became a familiar experience for lightweight prospect Max Rohskopf in 2019.

The year has been a fruitful one for the Killbuck-born man; amassing three victories with three submissions and all in the opening round. His three opponents have a combined record of 20-9 and have lasted just over ten minutes collectively.

Three submissions would alert you to a grappling-heavy style, but Rohskopf has also scored two knockdowns, in his fights with Jonathon Morris and Omar Hussein. His talent combines his Ohio wrestling pedigree, his Drysdale jiu-jitsu skillset and the refined training at Xtreme Couture, which has transformed Rohskopf into a feared man at 155 pounds.

Outside of competing for FFC, Rohskopf also competes in high-level grappling tournaments, landing gold in the American Open in both gi and no-gi at 194lbs, nearly forty pounds heavier than the lightweight division he competes in.

At FFC 40, Rohskopf moved to a perfect 4-0, submitting Contender Series alumni Zach Zane in just seventy-one seconds. Zane, who was a last-minute replacement for the injured Will Morris had been touted as a big test for Rohskopf, but the reality showed in that the man now labelled as ‘Rated R’ dominated, scoring a big slam followed by his third rear-naked choke submission.

We take a look at the five men who could be next in line for Rohskopf:

Two young talents living in Las Vegas in the same weight class, with similar records is a rarity.

“The Thriller” holds a 3-0 professional record, with two of those wins coming inside the Fight Dome. After a 7-1-1 amateur career, Blackledge turned pro in 2018 and has won back-to-back fights by knockout.

Since competing with Rohskopf on FFC 35, it seems inevitable that the two prospects would clash at some point in the future. Is the Syndicate MMA prospect the man to take the mantle from Rohskopf?

A teammate of Blackledge, David Jordan has enjoyed a rejuvenation of his career in the last two years, picking up four consecutive knockouts since losing to The Ultimate Fighter contestant Johnny Nunez back in 2015.

Jordan has also shared the cage with the likes of Eric Spicely and Joshua Aveles in his career, and has an underrated wrestling background alongside clear power in his hands.

The twenty-nine year old has been labelled ‘KO’, but could he prove victorious in a battle of Las Vegas?

The Hawaiian made the perfect start to life under the FFC banner with a dominant decision victory over Bryan Nuro at FFC 40 last week and lengthens his unbeaten record to seven.

Diggs holds four victories by submission, demonstrating his ability on the ground which is Rohskopf’s clear strength. The zero on Diggs’ record will present an attractiveness unlike the majority of other suggestions, but can he derail the Rohskopf train?

FFC 35 represented a nearly moment for Joey Holt, rocking then welterweight champion Ben Egli in the opening exchanges before failing to capitalise and succumbing to submission in the second round.

Holt has since signalled his intentions to return to lightweight and is yet to be matched up. “The Hitman” possesses power and would represent a good test for Rohskopf.

A thirty-two fight veteran, Minner defeated Clay Collard a little under a year ago at FFC 33 before being called up to Contender Series, eventually losing out to Herbert Burns.

Minner already has a fight booked elsewhere in October, but with an astonishing nineteen submission victories, would he represent the perfect match up for Rohskopf?

The experienced seven-year veteran versus the undefeated prospect certainly has a ring to it.