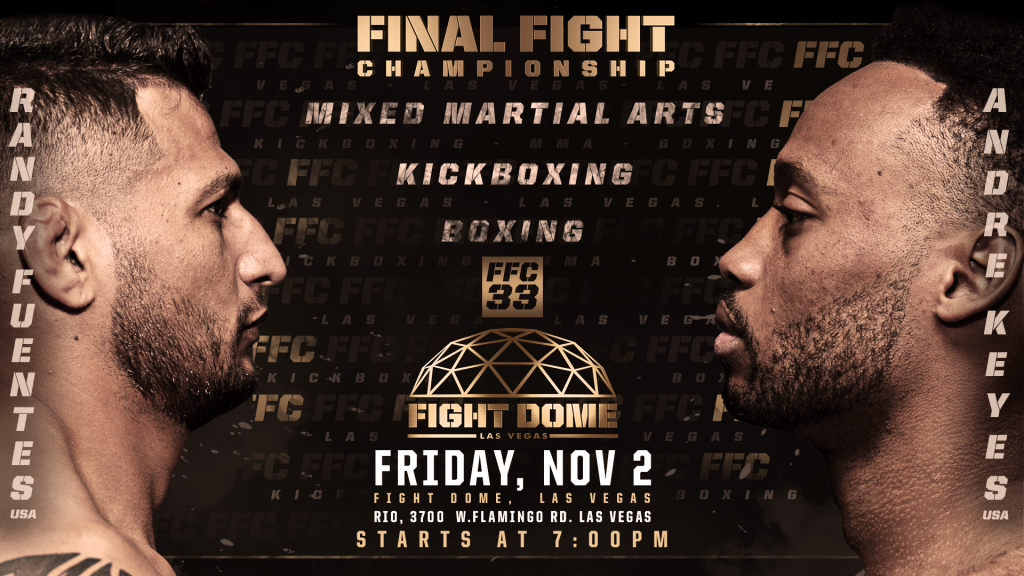 Both fighters have fought for FFC multiple times. Chub has a (3-1) record during his tenure with Final Fight Championship. Vrtacic, who is the defending middleweight champion, boasts a (4-0) record with FFC.

“The fans at Fight Dome Las Vegas loved our Kickboxing fights at FFC 31,” said FFC CEO/Founder, Orsat Zovko. “And we are excited to have world champion kickboxers fighting for us again on November 2nd.”

There will be one other Kickboxing bout at “FFC 33” as Chris McMillan (37-10-3) of Calgary Alberta, Canada, takes on Teo Mikelic (18-6-0) Pula, Croatia, in the Lightweight division.

In Boxing, it will be a battle of two Super Welterweights in a six round contest as Randy Fuentes (7-6-1) McAllen, TX faces off against Andre Keyes (18-4-1) of Tacoma, WA.