Emmers Victorious with First Round KO on FFC Debut! 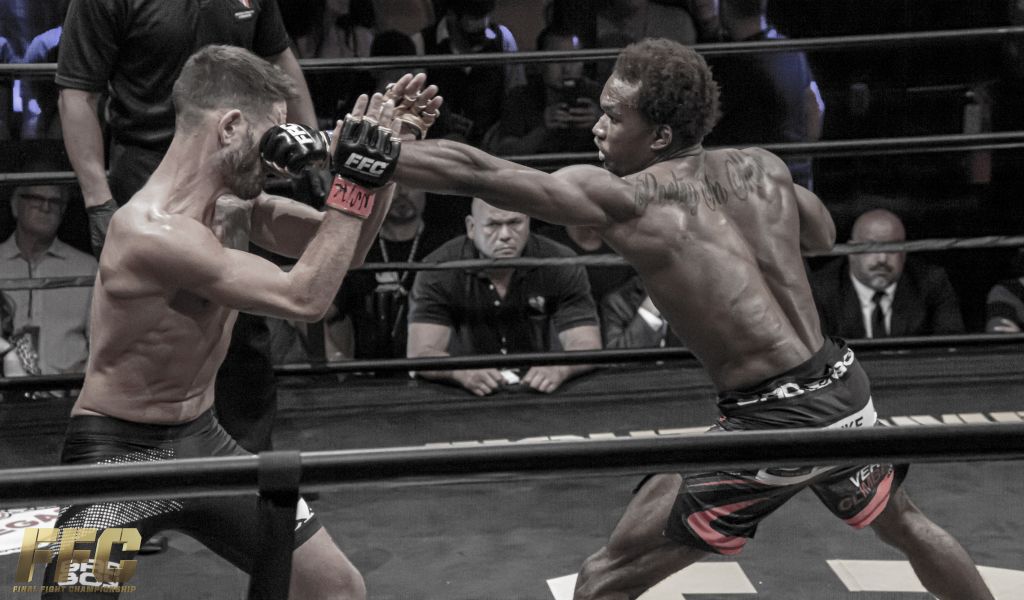 Another fight card, another flurry of first round finishes as Final Fight Championship delivered high-octane action once again at the Fight Dome in Las Vegas.

Jamall Emmers sensationally defeated Brit Jay Cucciniello in the main event, stopping his opponent with just four seconds left of the opening round. “Pretty Boy” was simply too good on the night, outsizing his opponent and landing at will, eventually forcing the referee to call an end to proceedings after dropping Cucciniello before swarming with strikes.

The victory marks three successive wins, with seven successes in his last eight outings. Emmers has made a mark on the FFC featherweight division, and will look straight towards title contention after a stunning promotional debut.

Short-notice replacement Jackie Gosh stunned Randall Wallace with a slick anaconda choke in the opening round of their welterweight co-main event. Making the trip from Israel, Gosh looked to prove a point to the FFC matchmakers, and did so by handing Wallace his second consecutive loss at the Fight Dome.

Gosh bounces back from the first losses of his career to secure a much-needed victory and put his name in the discussion at welterweight.

Max Rohskopf once again proved his undeniable potential, submitting Jonathan Morris with a stunning modified rear-naked choke in the opening round. Recently declaring himself “The Future of FFC”, Rohskopf earned consecutive first round submissions in the Fight Dome, after also submitting Omar Hussein just two months prior at FFC 35.

The Vegas wrestling standout moves to 3-0 as a professional and is calling for a step-up in opposition in his next outing.

Fellow local David Jordan staked his claim for a knockout of the year contender, with a stunning dismantling of Caleb Williams with just ninety-five seconds on the clock. Aptly nicknamed ‘KO’, Jordan dropped Williams early, and then put him away moments later with a head kick followed by a devastating left hook.

Jordan tastes victory on his FFC debut, making it four consecutive knockout victories. Who’s next for the local lightweight?

The opening bout of the evening saw Keith Lee and Chris Johnson engage a brutal bantamweight back-and-forth, with Lee outpointing his opponent on his long-awaited Fight Dome bow. The local prospect and younger brother of Kevin did everything but finish the tough and durable Chris Johnson, landing brutal elbows on a number of occasions as well as showing his well-rounded wrestling talents.

The judges scored the bout in favour of the local, who scores a big victory on his promotional debut!

FFC returns to the Fight Dome on July 11th, with another night of thrilling entertainment in store!