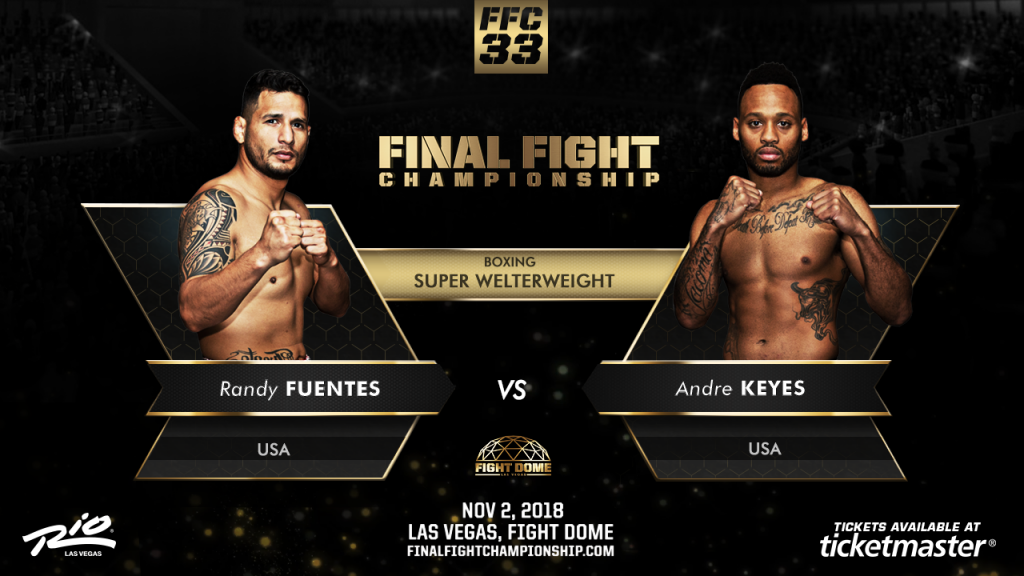 Las Vegas, NV, (Oct. 31, 2018) – Two pugilists with budding careers are looking to put on a spectacular show that The Fight Capital of The World won’t soon forget.

Fuentes has won three of his last five fights dating back to September of 2017. He won his last fight on July 28th of this year, when he defeated Kenton Sippio Cook by TKO at the Austin Sports Center in Austin, TX.

Keyes is a perfect (5-0), in his last five fights (with 4 consecutive TKOs) and he is riding an eight-fight win streak dating back to September of 2016. Keyes won his last fight against Lionel Jimenez, by TKO, on October 13, 2018.

“I’m always ready and there’s nothing I need to do differently for this fight,” said Keyes. “I know my style will cause him (Fuentes) trouble in that ring Friday night and that’s going to allow me to get the W.”

“Fuentes and Keyes are two fighters who like to stand in the pocket and exchange,” said Zovko. “This should be an entertaining fight for the fans.”

Both fighters are stoked about the opportunity to showcase their skills on the highest stage – The Fight Capital of the World, Las Vegas.

“This is where legends are born and I am honored to fight here,” said Keyes.

“I am excited to fight in Las Vegas and make some history of my own,” said Fuentes.

Tickets are available for purchase at any Las Vegas Caesars Entertainment Box Office and TicketMaster.com. The ‘multi-discipline’ event will air nationwide on CBS Sports Network, and in Spanish, on Claro Sports in Mexico and Latin America. Check your local listings for more information.