Stipe Brčić: ‘When I smell the fear, I feast on it’ 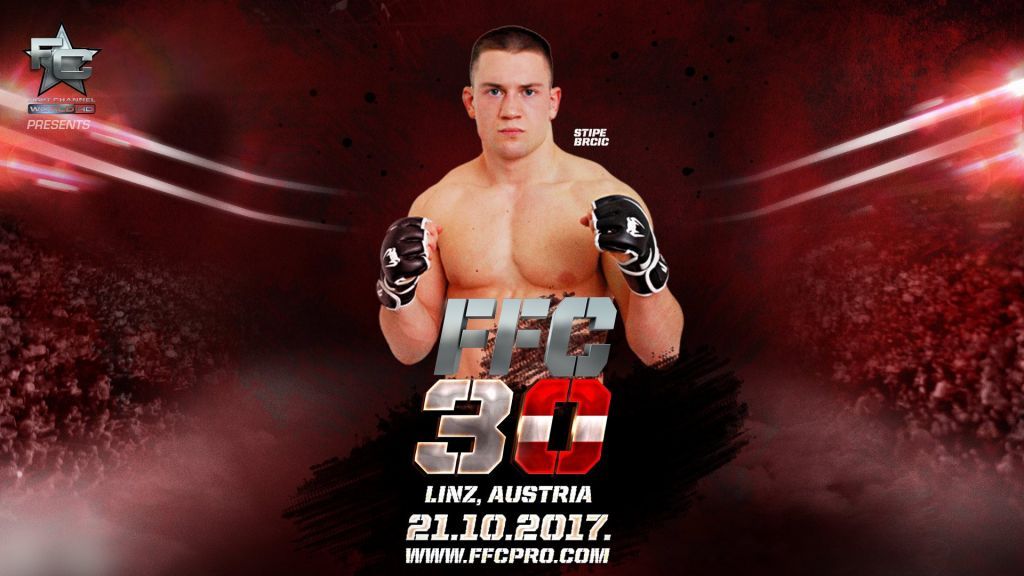 Young Croatian MMA prospect Stjepan Brčić will make his FFC debut this Saturday at FFC 30 in Linz. This fighter born in Germany moved to Zagreb, Croatia, when he was 17 and he came to Linz straight out of the camp that he spent at Xtreme Couture Gym in Las Vegas with famous Randy Couture.

Except for the obvious fact that Brčić is extremely serious in his intention to make his name in the MMA circles, he will also make FFC history by fighting in the promotion’s inaugural bantam division bout.

‘It’s sick how much I love to train.’ That was the first sentence Brčić said. ‘When they ask me if I prefer sex or training, I choose training. Training is everything to me. I don’t find it hard at all and I love hard core preps. I’m very passionate when I fight,’ Brčić described himself.

Stjepan Brčić wanted to become a fighter from very early age, but he started with MMA after many years spent in Kung Fu and Jiu Jitsu. Brčić claims that the thing he loves the most on his opponent is the smell of fear.

‘I watch my opponent right into the eye and I smell his fear. That feeds me. When I feel it, I feast,’ explained Brčić and added that he hates the period after the fight is over.

‘I hate that period when the fight is over. I have to train softer and that depresses me. That’ the worst thing. When tough trainings are over,’ complained this young MMA fighter. ‘When I know it’s not gonna be hard core and when my coach tells me to take it easy and get some rest, I go crazy.’

This Saturday Stjepan Brčić finally got a chance to shine on one of the biggest stages when it comes to fighting sports and he has intention to seize that opportunity.

‘My goal in the FFC is to show my worth and to show what I know. I want it to be spectacular. I want to show the beauty of MMA. People think it’s just a slugfest, but MMA is art and I want to make a spectacle in the ring. I don’t want people to be sorry they bought a ticket. I want them to enjoy the fight and I want them to remember it.’

Brčić is also very self-confident when it comes to his opponent.

‘I hope he is ready. I don’t want it to end fast. I want to fight and I wanna get some beating too. That’s natural. Men like to get beaten up a bit. Sometimes every man has to get a punch or two to wake up,’ said Brčić jokingly in the end.

Watch Stipe Brčić in his FFC debut at FFC 30 this Saturday starting from 8 PM CET on Fight Channel World HD or www.fightchanneltv.com!

FFC 30 pre-fight press conference – Satoshi Ishii on the quest for the belt, Rene Wimmer claims: ‘Every place is great, but Linz is the greatest!’ Watch FFC 30 live on fightchanneltv.com and Fight Channel World HD!