Shkodran Veseli: ‘I want to get what already belongs to me!’ 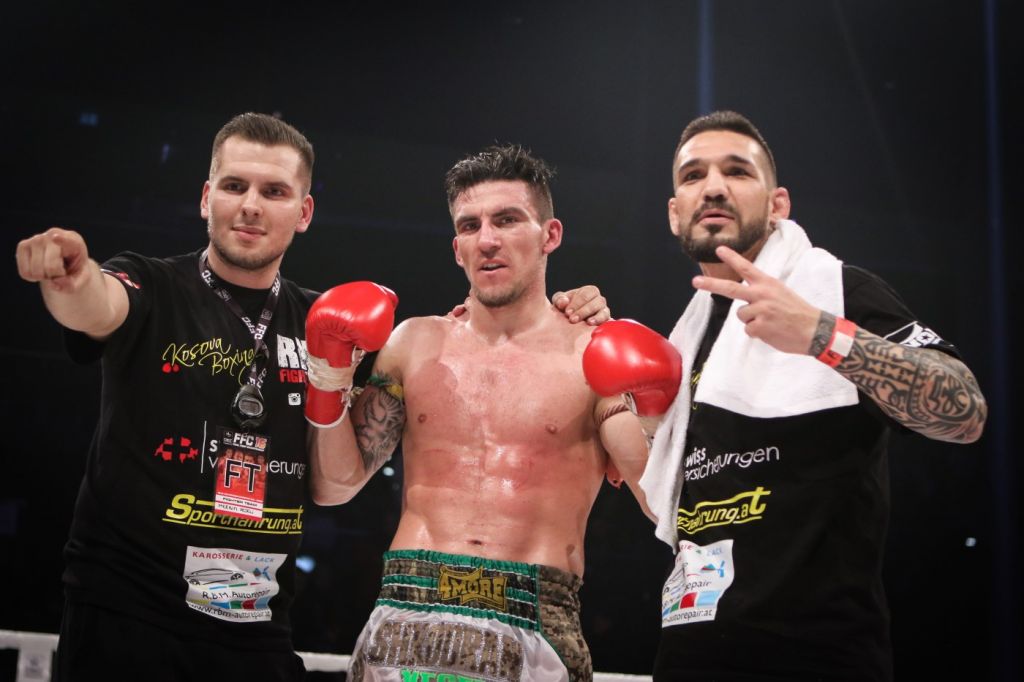 This October Final Fight Championship returns to Linz, Austria, with its 30th edition that will be made up of one boxing, six MMA and six kickboxing matches with Shkodran Veseli (44-4, FFC 4-1) in the main bout of the kickboxing part of the event.

The event will also mark Veseli’s return to the FFC ring. After four impressive wins under the FFC banner, Veseli fought for the FFC belt in September 2016 at TipsArena with one of Holland’s best fighters, Eyevan Danenberg. Veseli came short of the belt, but he proved that he is a force to be reckoned with.

‘My last fight at FFC has been one year ago in Linz against Eyevan Danenberg,’ said Veseli, ‘But I and many who have seen the match believe that he has not really won! The best and correct decision would be an extra round but I don´t care. Decisions like that make me stronger! For me is important to fight because I love fighting and I want to stay in the ring especially at FFC! I like very much the professionalism, co-workers and everything about FFC! As a fighter you feel like a star there!’

At FFC 30 he will fight a dangerous opponent in Dimitrios Chiotis (44-4, FFC 1-0) from Greece. Moreover, the winner of this bout will get the crack at the welterweight belt.

‘After that fight I was very disappointed but I have continued! At the beginning of this year I spent five weeks in Thailand. In February I fought against Diogo Calado. He is currently one of the best fighters in the world! Unfortunately, I lost with points! In May I won my fourth world title against Levan Guruli but the most important thing for me is the FFC title!,’ explained ‘The Albanian Warrior’.

Veseli’s FFC opponent Chiotis made his FFC debut in February 2015 at FFC 22 Athens when he KO’ed Croatia’s Jasmin Bajrović. The two opened the show with real fireworks, both showcasing their uncompromised styles. However, Chiotis proved to be the better man that night, he showed he is willing to provide an exciting performance and thus he launched himself into the FFC welterweight title picture.

‘I will fight against Dimitris Chiotis this time. I think he is a good fighter but I also won my debut with a KO then followed with a second KO. Maybe that will be my third KO at FFC! I’ve been training hard for this fight and did a lot of sparring sessions with different fighters. I don´t talk about my strategy or tell my advantages. I can only say that I will give my best to win!’

Veseli and Chiotis fight in welterweight division which was until very recently ruled by Samo Petje who became FFC’s first two-division champ. Samo Petje took Danenberg’s welterweight belt and then decided to return to lightweight. Originally, Veseli was to fight Croatia’s kickboxing prodigy Ivan Bilić who had to withdraw from the bout citing injury.

‘Samo Petje did a great job! I saw the fight via livestream! Well, at first I was set to fight Ivan Bilić but for me is not important who will be my opponent! I don´t want to promise too much, I only want to get what belongs to me!’

Shkodran just finished with another routine camp for the upcoming FFC.

‘You know, five years ago I moved from Vienna, Austria, to Zürich, Switzerland, where I have a lot of possibilities and a big support! Most of the trainings I spend in our gym Fight Gym Aarau. But when it comes to conditioning and boxing I trained at David Gym ZH West. I also visited other gyms where I made hundreds  of rounds of sparring! Two weeks ago I spent four days in Split, Croatia, and I really enjoy that! For good preparation you also need time to relax! Every Saturday I worked out with my friend and heavyweight champion Muharrem Hasani in his gym.’

Veseli is an Albanian-born fighter living in Switzerland and training out of Austria so there is no doubt that he will have huge fan support in Linz.

‘I was born in Kosovo but moved to Austria with my family right after my birth. Five years ago I moved to Switzerland because there are more possibilities for me as a fighter. I represent Albania because I am Albanian! But I feel no pressure. I will be very happy to see a lot of my fans, friends and family there because I do not see them often anymore and they give me the power and motivation which I need!’

Final Fight Championship 30 will take place October 21 in Linz, Austria. FFC 30 tickets are available for purchase now: http://bit.do/FFC30_Tickets. Stay to the FFC social media pages for more information on how you can catch some of the action live and direct from Linz.