Satoshi Ishii: ‘I would love to take the belt back to Croatia!’ 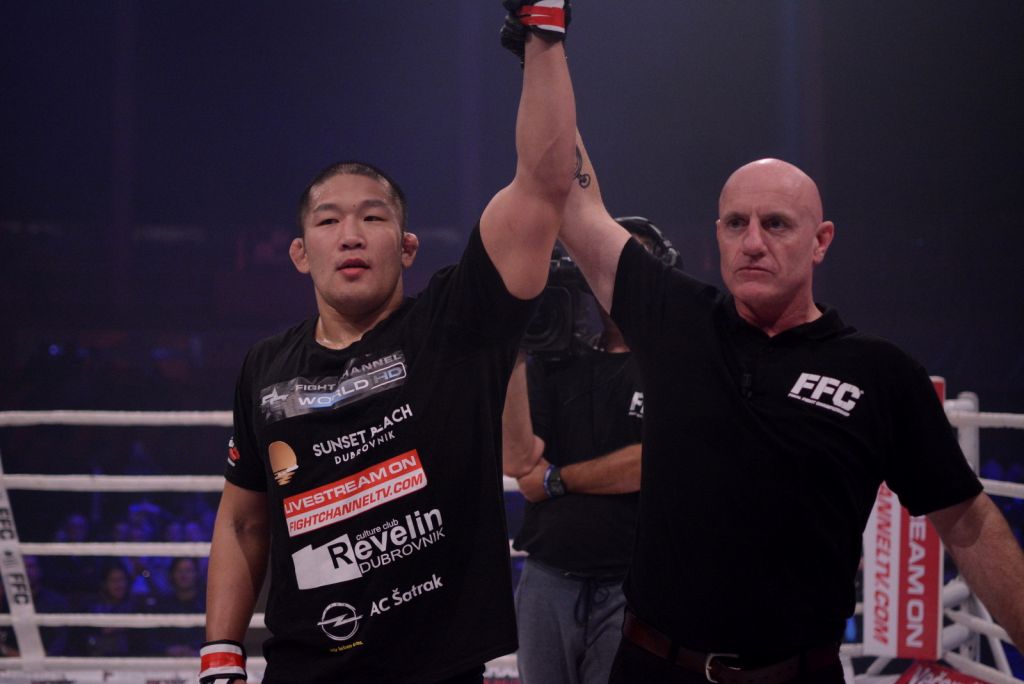 Final Fight Championship’s Las Vegas debut will be headlined by a heavyweight title bout between Japanese MMA savvy fighting out of Croatia, Satoshi Ishii, who will lock horns with Chris ‘Huggy Bear’ Barrnett.

Ishii’s story is more than interesting. After losing two times to Mirko ‘Cro Cop’ Filipović, Ishii turned to his former rival for help. He came to Zagreb, Croatia, in order to get ready for a bout and then realized he loved Croatia and its lifestyle. He soon returned to Croatia’s capital and decided to settle there for good.

Except for the lifestyle that he quickly became accustomed to, Ishii is polishing his skills with Mirko ‘Cro Cop’, UFC light heavyweight Darko Stošić and Ante Delija under the tutelage of retired Croatian professional boxer and former WBA light heavyweight champ Stipe Drviš. The fruits of this cooperation should be visible in his upcoming bout with Barnett.

Q: In just a few days you will fight in the FFC 31 ‘Night of Champions’ main event that will mark a new chapter in the FFC history. Do you feel big pressure ahead of such a big fight?

A: No, not at all. I have lot of experience and I always fought top fighters. I don’t feel any pressure. I know how to deal with this kind of pressure.

Q: You announced on your Instagram profile that you are excited to take the belt back to Zagreb! Does it mean that you are Croatian citizen now?

A: It’s in the process right now and I’m about to get the citizenship. I already got official permission to stay here. Croatian government gave me the green light.  I’m so happy to stay in Croatia and I appreciate that. So, I would love to take the belt back to Zagreb!

Q: Your opponent for FFC 31 has finally been announced and you will face Chris “Huggy Bear” Barnett (17-6) who has won his last two fights by TKO. What do you think about him as a fighter? How does his style match up with yours?

A: I know him. He used to fight in IGF. He is big and fat but he moves fast. I don’t care about my opponent’s style. I care about what I can do. And I do what I have to do in fight.

Q: Are you looking forward to visiting Las Vegas? Have you been there before?

A: Sure. I’ve been there many times. But I bet that I will miss Zagreb when I get in Las Vegas.

Tickets for FFC 31 “Night of Champions” are available now at www.ticketmaster.com.