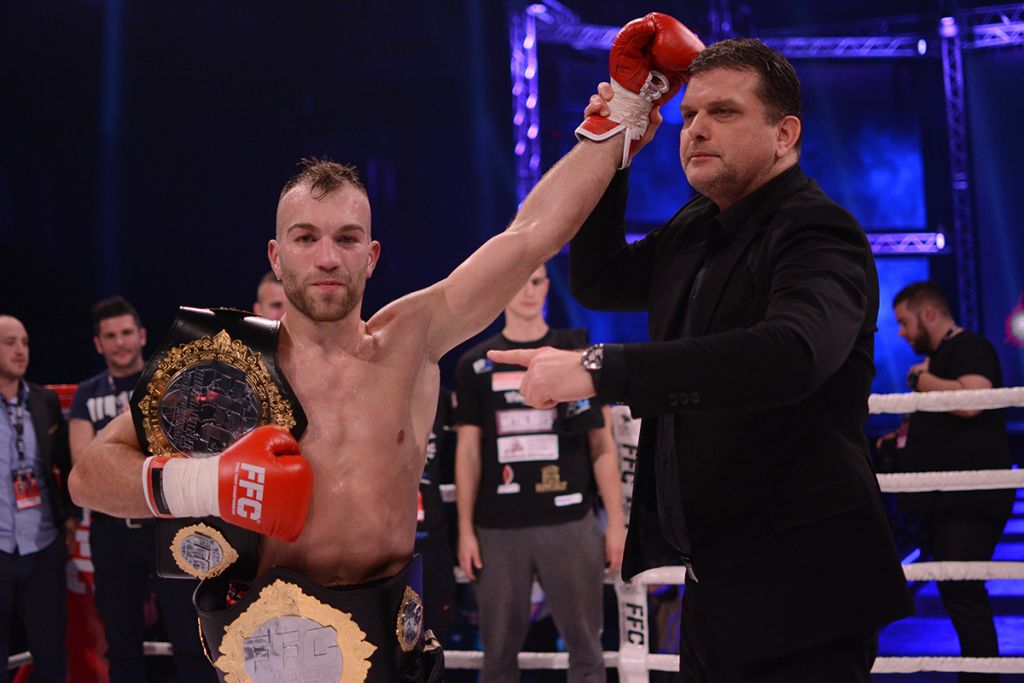 The first round of this title bout was very edgy but Samo Petje displayed a lot of courage and will to fight a significantly taller opponent. He attacked showing Danenberg no respect whatsoever, while Danenberg defended himself in his own specific manner. He waited, he blocked and he sought the opportunity to land his precise punches. Petje visibly had problems with his height and it was hard for him to get to Danenberg’s head, but Danenberg also failed to put the advantage in his height and reach into use. Mostly because Petje showed excellent agility and great footwork.

The second round continued in the same manner. Petje continued to push the pace not letting Danenberg attack. But Danenberg managed to land a couple of precise shots. In the end they got into exchange but the round ended before it turned into fireworks.

At the beginning of the third round Petje attacks his opponent aggressively and Danenberg finds himself in a dangerous position after Petje’s two big hooks. However, he manages to go on and realizes it was about time to counterattack which Petje accepts both-handedly and fights as if he has nothing to lose. The action continues till the final bell.

Despite the fact that many expected the fight will go to the extra round, the judges were convinced Petje did enough to become FFC’s first two-division champion. Petje thus rocked the fighting sports scene and made FFC history.