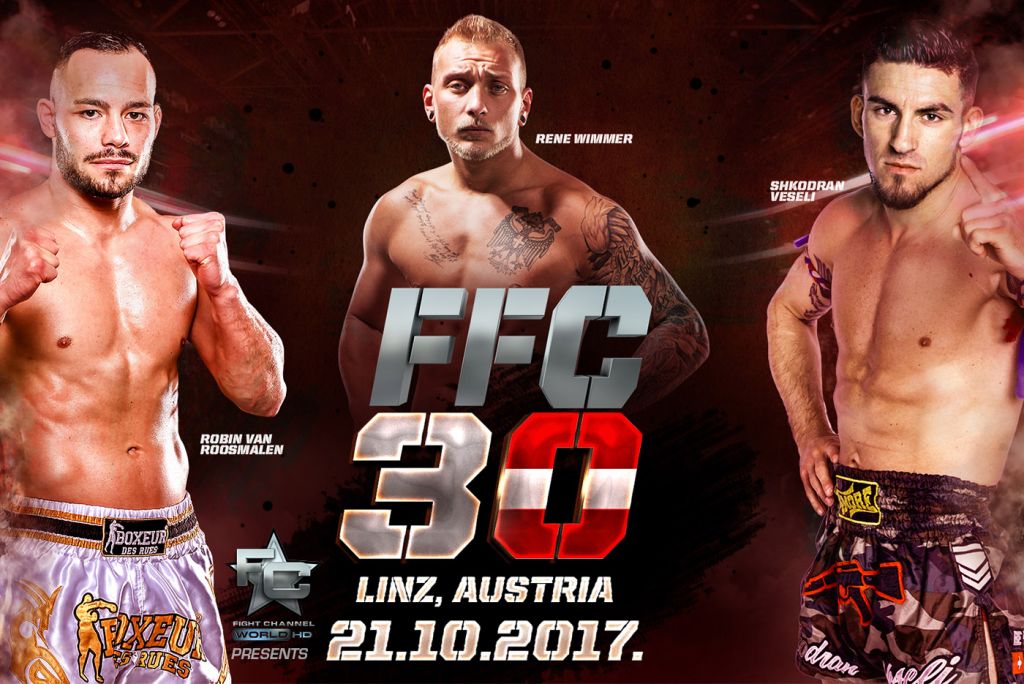 After two extremely successful events in 2015 and 2016, leading European fighting sports promotion returns to Linz, Austria, this fall. At Tips Arena on October 21, Final Fight Championship is to hold its 30th event with the best fight card so far when it comes to Linz. FFC 30 Linz features six MMA and six kickboxing bouts with numerous local fighters who will get a unique chance to show their skills in the FFC ring.

Robin Van Roosmalen: One of the world’s best kickboxers to step into the FFC ring again

FFC’s first event in Linz was headlined by the UFC veteran and Italy’s best MMA fighter, Alessio „Legionarius“ Sakara, while the main bout in FFC’s second spectacle in this Austrian town featured one of the most famous European heavyweights, “The Soldier” Starring. This time FFC decided to raise the bar even higher and made sure to bring another huge name to its ring on this special occasion – Glory champion Robin Van Roosmalen, FFC’s brightest star and one of the best kickboxers in the world. The Dutch fighter will make his third MMA bout at FFC after he won his previous MMA fights via impressive KO’s. Van Roosmalen is also fighting under Glory’s banner where he recently regained the featherweight belt and proved he is one of the best stand-up fighters nowadays. The name of his opponent has not been disclosed yet, but FFC officials hinted Van Roosmalen could get an Austrian foe.

At FFC 30, the audience will again have the chance to see their favorite local fighter Rene Wimmer. At the same venue in 2016, Wimmer scored the biggest win of his career. In an epic battle he made a big comeback and KO’ed favored Cheik Sidibe from France. That spectacular win secured him the middleweight contender position and in December 2016 at FFC Night of Champions, he fought in a title match against Bosnia’s best kickboxer Denis Marjanović. This will be Wimmer’s four FFC match and the name of his opponent will be revealed in the upcoming weeks.

The return of „The Albanian Warrior“

One of Europe’s best kickboxers, Shkodran Veseli, is also to return to the FFC ring at FFC 30. After four impressive wins in the FFC, Veseli fought for the FFC belt in September 2016 at TipsArena with one of Holland’s best fighters, Eyevan Danenberg who also fights under Glory’s banner. Veseli came short of the belt, but he proved that he is a force to be reckoned with. At FFC 30 he will fight a dangerous opponent whose name is yet to be revealed to the public.

Together with 12 professional bouts, FFC 30 will also feature an undercard with many young local talents. It will be their chance to show their skills in the FFC ring in front of their own audience.

Stay to the FFC social media pages for more information!