Rene Wimmer is ‘not afraid to fight until the end’ and we know it! 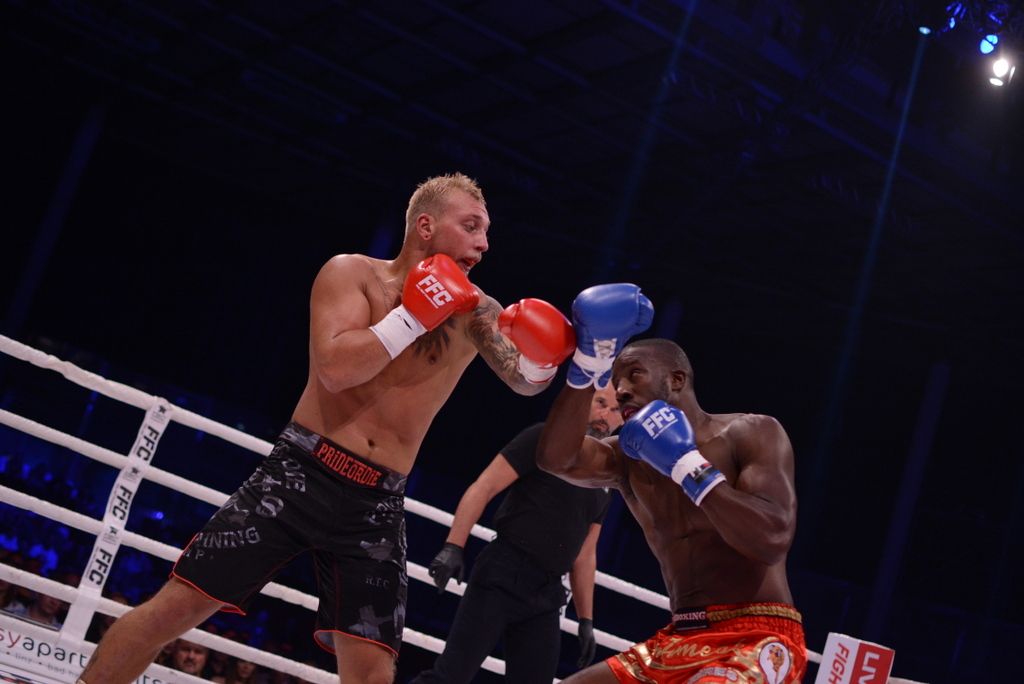 At FFC 30 in Linz, Austria, the audience will again have a chance to see their favorite local fighter Rene Wimmer!

Rene Wimmer (15-11, FFC 1-2) is Austrian kickboxing prospect fighting out of Linz and he will again fight in front of his hometown audience at TipsArena where he also made his FFC debut in 2016 at FFC 26 when he made a real war in the ring and KO’ed favored veteran Cheick Sidibe from France. That spectacular win secured him the middleweight contender position and in December 2016 at FFC Night of Champions, he fought in a title match against Bosnia’s best kickboxer Denis Marjanović. But he lost via decision. And then again he lost to experienced veteran Aleksander Stankov at FFC 29 in Ljubljana.

At FFC 30 Wimmer will do his best to make a statement when he squares off with Budimir Bajbić (6-1, FFC 0-0) fighting out of Bosnia and Herzegovina. Having in mind the uncompromised style of both fighters, this match will surely be a real war.

‘Getting over that loss is no problem for me because I see it only like a step on my way to the shape of my life!,’ explained Wimmer. ‘I will never lower the confidence in myself! I am a puncher and in every fight there is a chance for me to knock my opponent out. I’m a good boxer, with a lot of will and pride! I’m not afraid to fight until the end!’

And that is indeed true. Wimmer never backed down in the ring and he never sacrificed the attractiveness of the match at the cost of calculated tactics. To put is simply, Wimmer steps into the ring to fight which secured him a big fan base. This time he is to fight in front of his supporters again.

‘Linz is a great town, I love to fight here and my family and friends will be behind me pushing me for sure!  FFC is a great professional organization with a lot of great fighters and for me it’s a chance to become well known fighter I always wanted to be! A lot of people in Austria know FFC and also watch it on Fight Channel. There are lots of organizations in Austria, but nothing nearly like the FFC. A lot of fans can’t wait to see this show again!,’ said Wimmer.

This October Wimmer will test his skills again in the FFC ring against Bosnia’s Budimir Bajbić. He prepared for the match in Czech Republic and got reinforcement in his team.

‘Well in August I went to Czech Republic for a training camp for 4 days with a lot of international professional fighters. I got a new boxing coach Robert who works with me on my skills. My trainer David Keclik pushes me each training session to the limit! With partner exercises, pads and sparring. We’re focused on my eyes, so I learn to see the next steps of my opponent. And better punish timing,’ revealed Wimmer who also claims he did not spent too much time studying his opponent: ‘I don’t know much about him. He’s young, ambitious fighter from Bosnia and Herzegovina. I don’t want to talk about his disadvantages.

Rene Wimmer is not only trying to build his career in the ring, he is also trying to provide a stable life for his family and a new family member that he is about to meet only a couple of days before his match at FFC 30 in Linz.

‘This year my girlfriend got pregnant. It will be a girl and the date of the birth is October 18. That makes me to the luckiest guy in the world!’