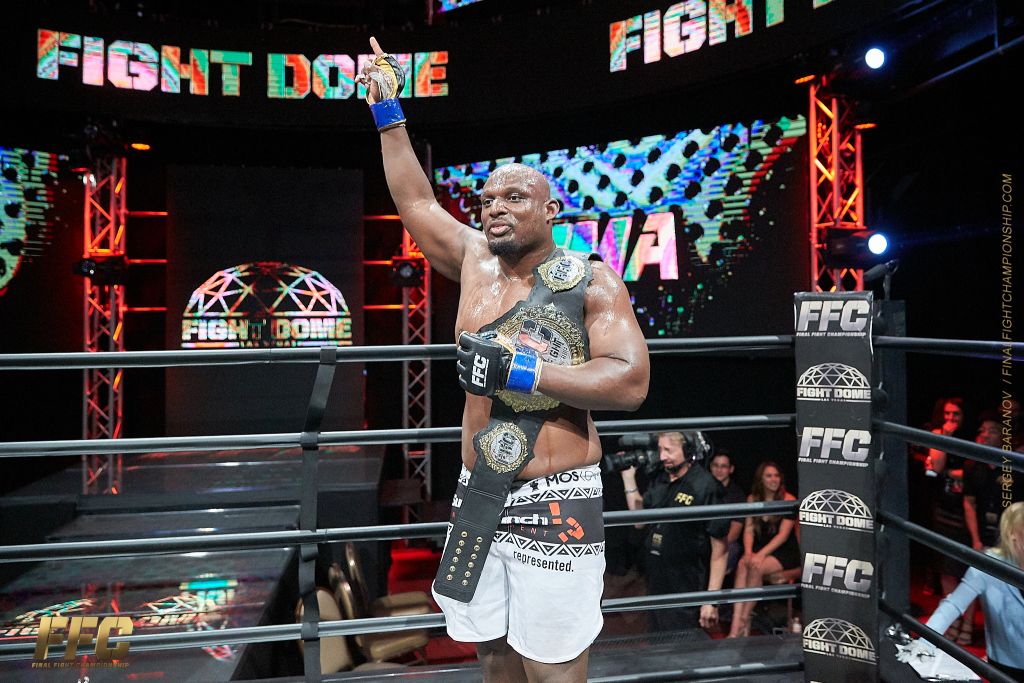 It was another action-packed fight card at the all-new Fight Dome located at Caesars Entertainment’s Rio Las Vegas.

One undefeated fighter, Welterweight Austin “AK-47” Vanderford (6-0-0) was able to avoid any blemishes on his perfect MMA record by knocking out Edmilson Freitas (7-3-0) in the first round of their co-main event bout. The other, Light Heavyweight Ivan Erslan (6-1-0) tasted defeat for the very first time in his pro MMA career when he was knocked out by Branko Busick (3-1-0) in round number two.

Also, a new FFC Heavyweight Champion was crowned. Shelton “Gravedigger” Graves (9-3-0) went all five rounds with Carl “Badwater” Seumanutafa and captured the title with a unanimous decision victory in the night’s main event.

Relive all the magic from “FFC 32 – Graves vs. Seumanutafa” by watching the video link provided below.