Poturak: It will be a tough bout between me and Van Rees 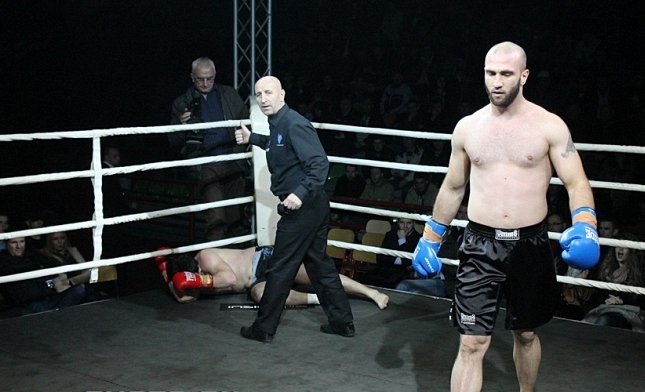 After a longer break Dzenan Poturak returned to the ring at the end of the last year. After two defeats, Dzenan scored a victory by a magnificent KO at No Limit in Tesanj. Poturak Junior is soon to face a new test and do his first match in the FFC ring.

On April 4 Dzenan is to fight Patrick Van Rees from The Netherlands who knocked out Ivan Stanic at FFC Futures 1 in Osijek. Poturak told us why he returned to the ring, what he thinks about his opponent and what we are to expect at FFC 11.

Recently you have been coaching at the Bosnian most successful gym, Jumruk Gym. What brings you back into the ring?
"I love to fight and I want to be the best in my category. I think I can do a lot and that I have a chance to do it."

You did a lot of good matches. Which one was your favorite? And who was your toughest opponent?
"I had a lot of tough fights, but my favorite one was the one against David Keclik in Sarajevo."

Are the preparations for FFC 11 going well?
"Preparations are going well. I'm completely ready, my brother Dzevad made sure I'm prepared."

You did your last match at No Limit and you ended it with a KO. Can we expect a similar fight in FFC 11?
"I haven't been in the ring for a while, but it will surely be a real bout and the spectators will enjoy it."

What about your goals and plans for the future?
"I want to be No. 1. And I think I can make it with a little help from my team."

Your message to your opponent?
"Good luck. You will surely need it."