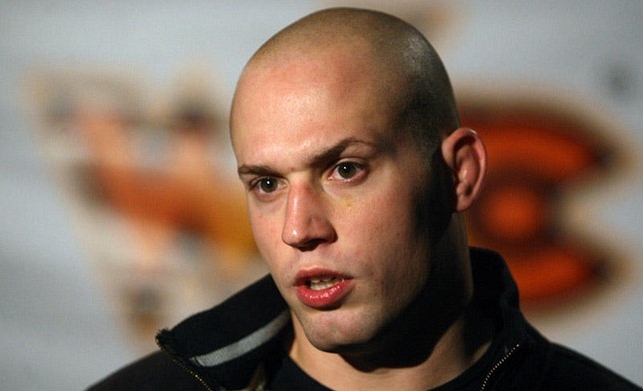 Slovenian fighter Marko Drmonjic is also to fight at FFC 11 in Osijek April 4. His opponent will be Josip Artukovic.

Drmonjic started his career in 2007, but it was not a beginning he expected.

"I'm not too happy with what was happening in my MMA career. Especially since back then there were no amateur tournaments and I did not have a chance to see where I stand. I jumped into fights with far more experienced fighters. I simply wanted to fights. But, it is my own fault, nobody forced me to fight them and I often fought in the category I did not belong to. That's why I lost many fights in the beginning, but now everything is much better. I scored a couple of consecutive victories. Things could go in the right direction now", said Drmonjic who also participated in KSW.

He had a chance to see what it is like in an extremely strong European MMA promotion.

"Yes, I was in KSW. I had my chance but I missed it. Unfortunately, I lost to Daniel Dowda. But I am proud I got a chance to be there and share the locker room with names such as Gustafsson, Khalidov and Carmont. They were not at the level they are at now, but I find it very pleasing to remember those moments. It still hurts I lost that match."

And then suddenly Drmonjic's career took a sudden turn. He scored a series of victories and had some good matches.

"This happened because I am stubborn. I did not want to quit. I had to prove to myself that I can stand shoulder to shoulder with the best fighters. I am obsessed with this sport and that is my problem", said Drmonjic laughingly.

Marko believes he is well prepared for Osijek.

"Everything went great, amazing. I worked hard with my coach Ivan Karacic and my crew who helped me to get prepared. I really want to thank them because some of them came to train only because of me. I want to thank Bor Bratovz, Primoz Vrbinc, Tomi Šudeta, Samo Maslesa, Uros Jurisic and the whole MMA Ljubljana gym crew."

In Osijek he is to fight against Josip Artukovic…

"I know he is a good fighter. I know he's good in all MMA segments. I do not know if he has any weak spots. We will see after the match. My main advantage is the fact that I never give up."

This match was supposed to take place in Sarajevo, but it was cancelled. That slightly disrupted Marko's plans…

"I work and sometimes I work more than 8 hours a day. And then I have to ask for days off. This cancellation hit me psychologically too because I wanted to fight as soon as possible in 2014. But what's done is done. In my first FFC match I want to show that the ratio of my victory is losses in not a true measure of my abilities."

Talking about 2014, what are your plans and wishes in this year?

"I want to defeat as many good fighters as possible to see how far I can get in the MMA scene", concluded Drmonjic.

Best FFC 11 Futures highlights! (VIDEO) Batinic: I will try to score a victory in Osijek