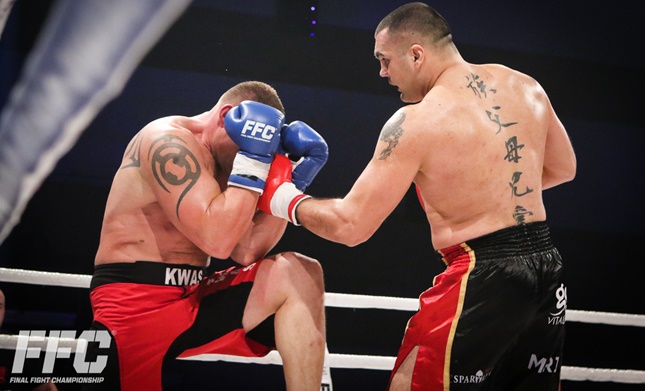 Four very recognizable names in the world of Kickboxing will be on display on Oct. 12, in the fight capital of the world, and two of these legends will walk away with the FFC Championship Belt.  The other two better bring a pair of suspenders because they’ll be leaving Las Vegas, beltless.

Ambang is the winner of the 2013 “Road to Glory” welterweight tournament, and a former WKA US LHW Muay Thai Champion.  His opponent, Albanian legend Shkodran Veseli, is a former WKU, WFC and WMAC World Champion with more than 100 fights on his resume. 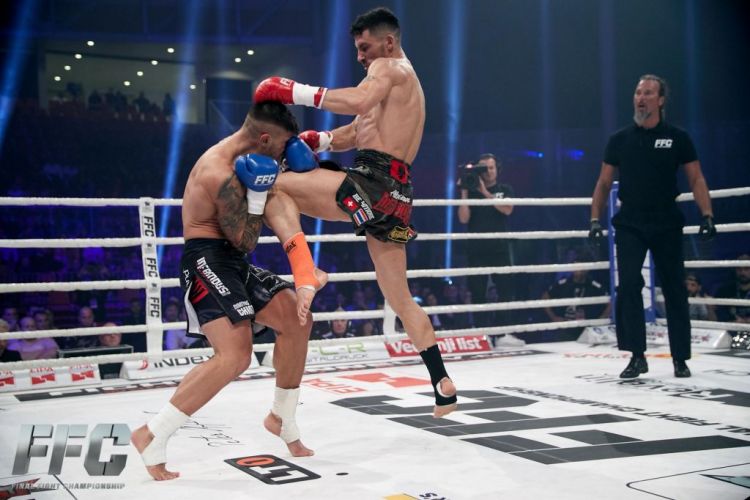 Diniz is a veteran of Glory and fights out of the world famous Hemmers Gym in Holland. His opponent, Croatia’s former Muay Thai Champion, has also fought for K1, Glory and Superkombat.

While Ambang and Diniz will be making their FFC debuts on Oct. 12, Veseli and Brestovac, on the other hand, have fought for the FFC banner several times before.  Veseli has only lost once in the FFC and it was a title fight against Eyevan Danenberg.  Brestovac is undefeated, winning all eleven of his bouts under the FFC moniker.

One can safely say there is a wealth of kickboxing experience on the Oct. 12 “FFC 31 Night of Champions” fight card, and all of these fighters have fought the very best kickboxers in the world, and also fought for several kickboxing world titles, during their stories careers.

FFC 31 Night of Champions Moved to Oct. 12 “The Scorpion Sting” is preparing to strike again on Oct. 12