Greek fighters share their plans and expectations ahead of the FFC 28 „Greece vs. Rest of the World“ 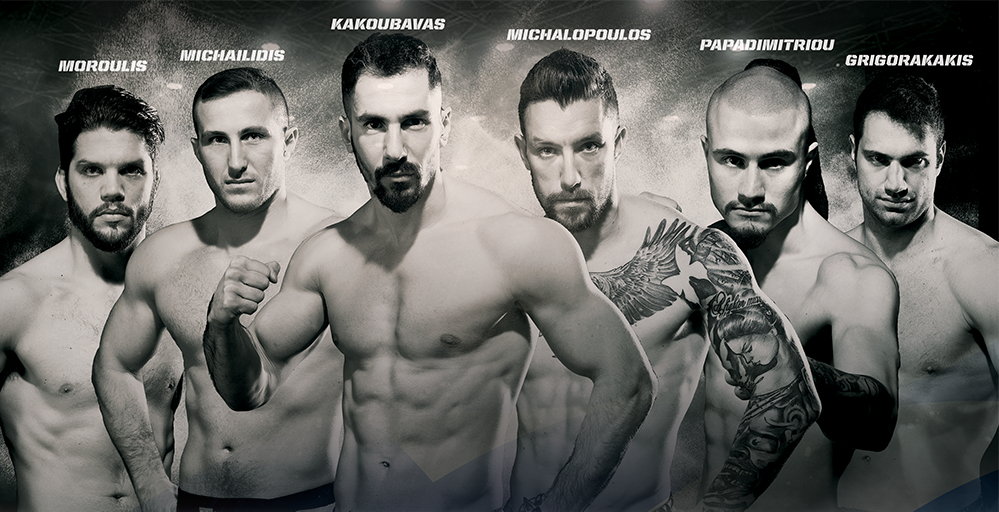 A year after a very successful debut in Greece, one of the best European fighting sports promotion is coming back to Athens with even more impressive fight card. The best description of the spectacle that the FFC is about to deliver this time is „Greece vs. Rest of the Word“.

Ten Greek MMA fighters and kickboxers shared their expectations ahead of their matches March 11.

Greece’s biggest prospect Alexis Savvidis is about to lock horns with FFC champ Filip Pejić. Despite the fact that he is to face one of the best young MMA athletes and former UFC fighter, Savvidis diligently did his preps and he was especially focused on his striking techniques. „After all the matches I fought, my next opponent is just another stepping stone in my career,“ said young Greek fighter.

One of the best Greek MMA fighters and Greek fight fans’ favorite Andreas Michailidis is to finally fight in front of his hometown audience this weekend. Ahead of his upcoming bout he said: „I did excellent preps with my coach Dimitros Papakonstatinou at IFL Academy and we are totally ready. After many years I spent abroad, I will finally fight in Greece and I expect a lot of fans there.“

Meletis Kakoubavas is to fight in the FFC ring for the second time now. A difficult injury put this Greek kickboxer on hiatus and he was forced to vacate the title and to spend long period recovering. Now he is to fight in a rematch with FFC lightweight champion, Slovenia’s Samo Petje. Kakoubavas claims he is ready to KO the FFC champ once again. „I will have my coach Nikos Kritikos in my corner and we did very good preps.”

Stamatis Moroulis will lock horns with Brazil’s Edgar Santos and when it comes to his FFC debut he said: „The time is up now. I will enter this match with big motivation and desire and my goal is to leave the ring undefeated.“

Heavyweight Stavros Grigorakakis does not hide the fact that this FFC match means a lot to him. „l will fight in a spectacle that is very important to me. After numerous injuries and a break I finally have a good opponent. I believe in myself and I believe I will come out a winner. My opponent is Croatia’s Tomislav Čikotić. He is very tough and I promise we will make chaos in the ring!“ said Grigorakakis. „I trained very hard with my coach Nikos Kritikos because this fight is very important to me. I started with Muay Thai, continued with boxing and reached new punching and kicking level. I am more confident now this will be a top level fight.“

Giannis Fezoulai and Marios Blanas will open the kickboxing part of the FFC 28 at Galatsi Arena. Fezoulai promises a good fight and he does not hide that he is excited to fight on his own turf. “FFC will take place in Galatsi, that’s where I grew up, that’s where my school’s at, my friends are there, everybody will come to see me.“

Alexandros Papadimitriou vs. Giannis Michalopoulos will be the only clash between two Greek fighters.  Papadimitrou described his opponent as very tough fighter and excellent striker. „I think this will be the most brutal thing Greece has ever seen.“ After very brave and unrelentless first FFC match at FFC 22 he did not hide he was happy to get a new chance to fight in the FFC ring. „I’m ready to prove my worth once again. I will do everything it takes to win again. I fought at big shows only when it comes to kickboxing. Last year I started fighting in MMA too. I do not chose place or time if I get a good opponent. Having in mind the fact that my opponent is very tough, my preps were very long and exhausting. I think you will see something you’ve never seen before,“ promised Papadimitriou.

Giannis Michalopoulos will, nevertheless, try to mess with his plans. „My opponent is an excellent fighter but I we will see who’s better. After three years I’m going to fight in Greece again and I will do my best to win in front of my hometown audience.“

Filip Pejić: I am two fights from the UFC, I’m not interested in Antun Račić Robin Van Roosmalen reveals what motivated him to start fighting in MMA