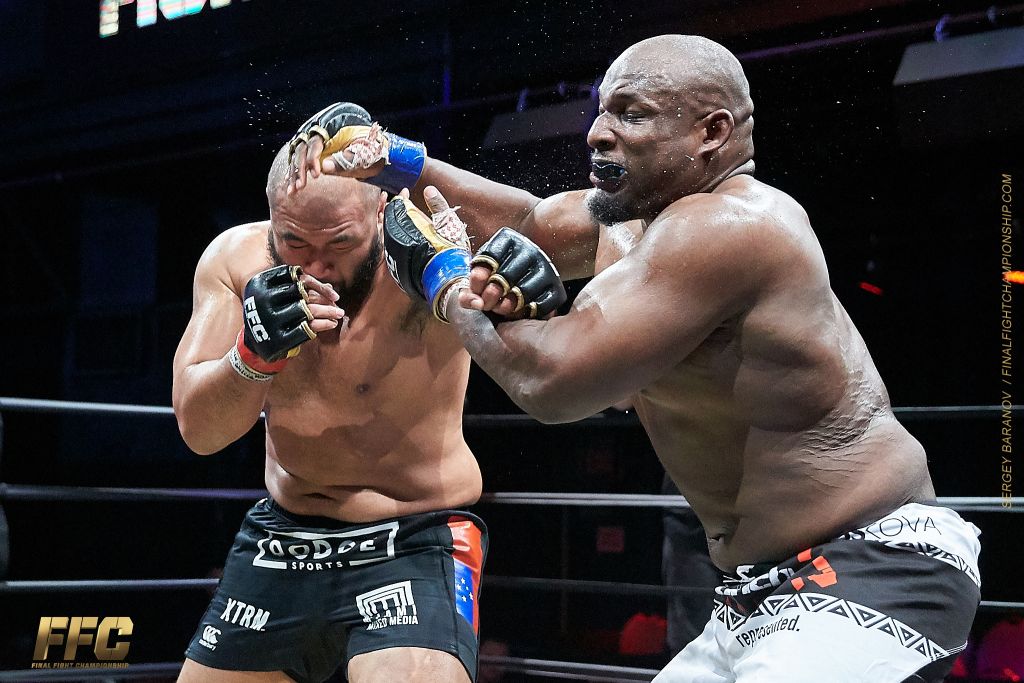 Las Vegas, NV, (October 22, 2018) – Shelton “The Gravedigger” Graves is enjoying his newest clothing accessory – the FFC Heavyweight Championship belt – Which he proudly displays around his waist.

The Baltimore, MD native did a good job of avoiding Seumanutafa’s power hand all fight long, preventing Seumanutafa from delivering his signature knockout punch, which if you think about it, could have changed the entire complexion of the fight.

“I know he has power”, said Graves “I wanted and need more takedowns but I did what I came here to do, we have to adjust to the opponent we face, that’s what we do, so whatever way we need to get it done, we get it done.”

Graves kept Seumanutafa against the ropes for most of the fight and landed a series of knees to the body and short stabbing uppercuts, all of which frustrated the knockout artist, Seumanutafa.

“We put in a hard training camp”, said Graves ” I was hoping to get Tony Johnson Jr. but he had an injury so Carl stepped in and he’s a tough man and a tough opponent, I respect him from the ultimate fighter trials, he’s a great guy good luck to him and his family.”

Watch the video below for more of Shelton Graves’ FFC 32 post fight interview.