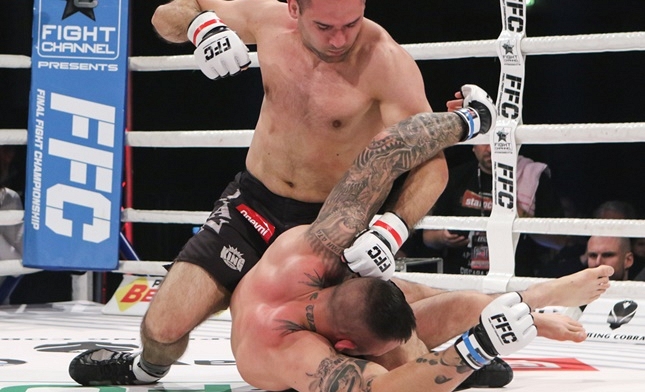 One of the most anticipated matches at FFC18 when it comes to the MMA part of the event was definitely the one between Ivan Gluhak and Dusan Dzakic in the welterweight division. At the end, Ivan „Braveheart“ Gluhak won via KO in the first round of this excellent bout that was full of twists and great moves on both sides.

Unfortunately, this was Gluhak's second match in which he suffered a fist fracture and he will have to undergo a surgery. This was his third consecutive victory and his current score is 14 wins, 6 losses and one draw.

„Unfortunately, I broke my fist. The same first I broke before, the very same bone just different spot. I felt it broke already when I threw the first punch,“ said Gluhak.

„I will undergo a surgery this Tuesday or Wednesday and then I will have to take a three month break and recover.“

After the first surgery, Ivan's fist was fortified with iron rods.

„I dunno, maybe I hit too hard“, said Ivan jokingly.