Gluhak: My bandages were all bloody, I promise I’ll come back even better 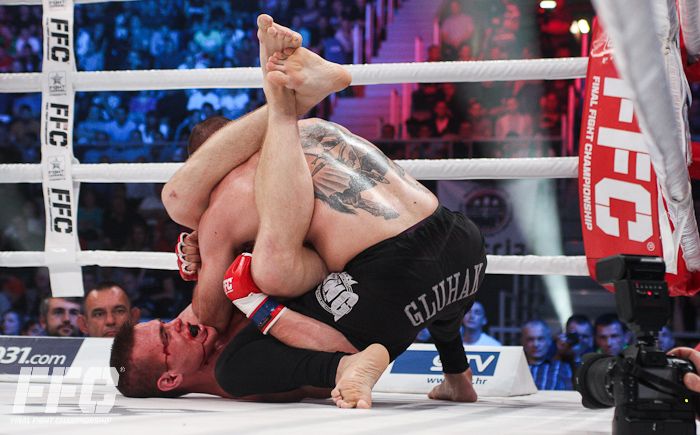 Ivan Gluhak was unable to continue his winning run at FFC 5 in Osijek after celebrating at FFC 3 in Split against Dejan Milosevic.

Many pundits had seen Gluhak as the major favorite in the fight against the relatively unknown Hungarian Laszlo Senyei, but the latter proved to be a very tough fighter who doesn't give up until the very end. Gluhak won the first two rounds on points without question, but in the middle of the third round Senyei managed to win by arm bar.

"I believe I put up a very good and attractive fight and the most important thing for me is that the viewers and martial arts fans weren't disappointed. Personally, I'm pretty disappointed, I knew my opponent was good and well-prepared and that it would be a hard fight. I don't remember the entire fight well, so it's hard for me to comment until I see a replay, but I think I was better the whole three rounds until the opponent got me into a triangle I tried to pull out of and left my arm too deep, where my opponent made an arm bar and I was forced to tap," Ivan said.

"I remember that in the locker room after the fight my white bandages were almost completely red from the opponent's blood, so I think it was a good fight, just like I promised. I'm planning to fight for many more years, so I'll be back even stronger, and I promise that I'll always put up attractive fights at FFC events," Gluhak said to Fight Site.