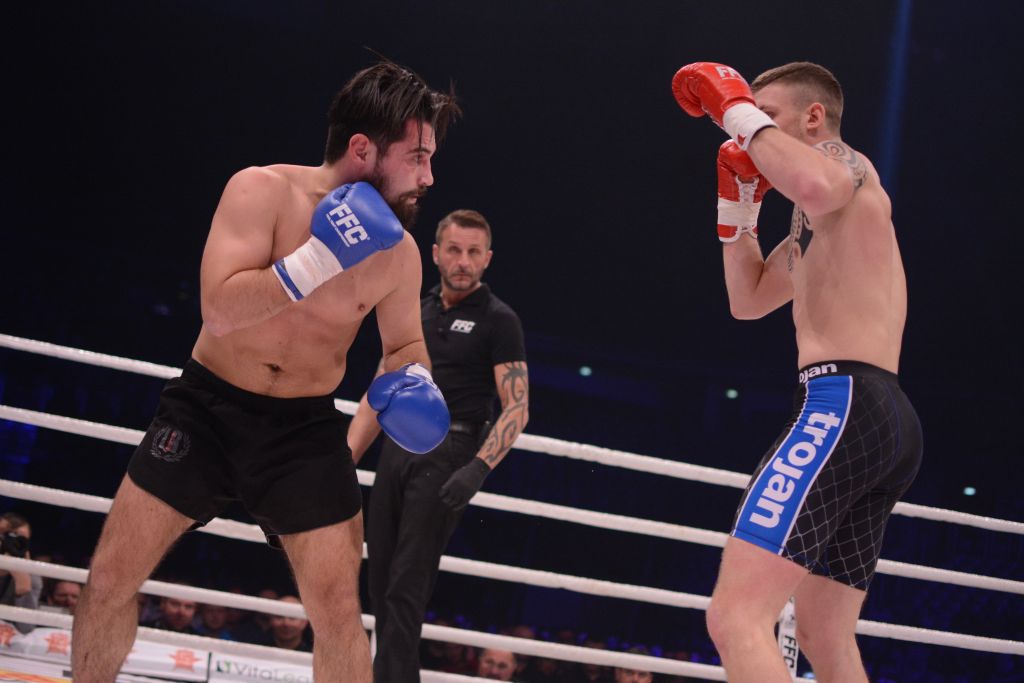 Giorgi Bazanov is a 24 years old Georgian kickboxer living and training out of Spain. At FFC 30 which takes place Saturday, October 21, at TipsArena in Linz, Austria, he will face Greece’s dangerous KO artist Meletis Kakoubavas.

Giorgi Bazanov made his FFC debut at FFC 27 Night of Champions in December 2016 when he stepped in on short notice to face Croatia’s Ivan Bilić. Despite the fact that he came short of the win, Bazanov got another FFC shot due to the fact that he was willing to fight heavier and much taller opponent, not mention his fierce, exciting and uncompromised style.

“It was a great event and it attracted a lot of people. I enjoyed it a lot. FFC is amazing organization and it was an excellent event. It was a pity that my opponent was 7 kg heavier than me,“ said Bazanov on his unexpected FFC debut.

„When I was little, I always dreamed of being at the top of the sport. It began at age the age of seven, when I got fascinated by K1. I remember my first training and my first win when I was seven. Since then I set the goal to be number one“, Bazanov explained, proving that he is not a newcomer to the fighting sports arena.

At FFC 30 Bazanov will clash with dangerous and explosive Meletis Kakoubavas from Greece in a catchweight bout set at -72 kg.  Kakoubavas made his FFC debut at FFC 22 Athens in February 2015 when he brutally KO’ed FFC two-division champ Samo Petje. The video of him knocking out Petje at FFC 22 quickly became viral, despite the fact that Kakoubavas lost in the rematch. However, it seems Bazanov is not impressed at all.

„I do not know anything about him, but if he’s in the FFC league, I’m sure he’s a great fighter. I am going to destroy him. I am under no pressure. On the contrary, his accomplishments motivate me.“

Final Fight Championship 30 will take place October 21 in Linz, Austria. FFC 30 tickets are available for purchase now: http://bit.do/FFC30_Tickets. Stay to the FFC social media pages for more information on how you can catch some of the action live and direct from Linz.