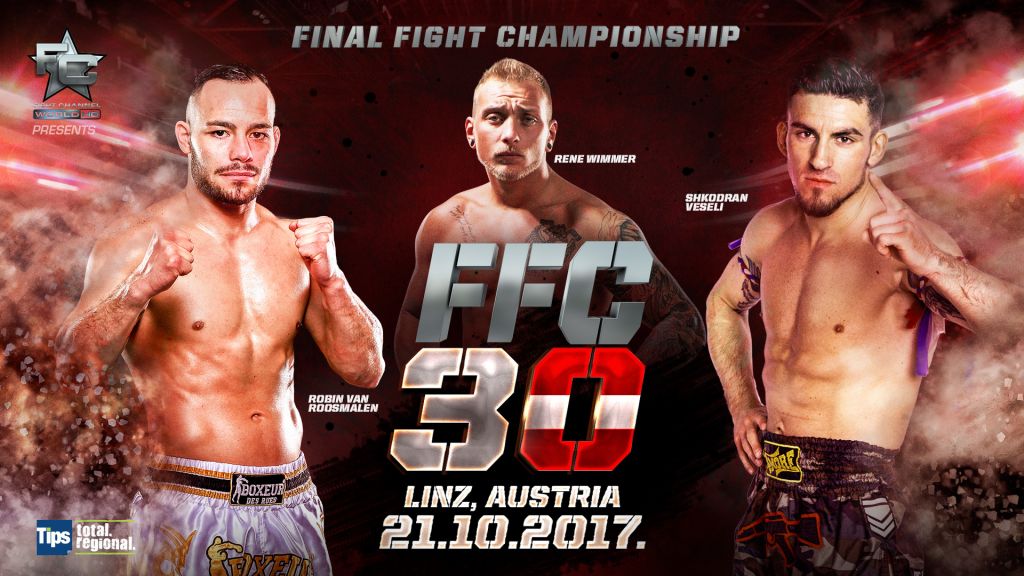 Final Fight Championship released its official promo video for the upcoming FFC 30 event that is to take place October 21 in Linz, Austria.

After two very successful events in 2015 and 2016, Final Fight Championship is coming back to Linz, Austria, with its 30th edition! FFC 30 will be held on October 21 at TipsArena. Find out more about the event in the official promo video!

FFC will be bringing fight fans two events in one night. The fight that has the majority of MMA and kickboxing fans talking about is Robin van Roosmalen‘s third MMA bout in the FFC ring after two spectacular KO wins. This Glory kickboxing champion will headline the MMA card.

The kickboxing part of the event will be headlined by one of Europe’s best kickboxers – Albania’s Shkodran ‘The Albanian Warrior’ Veseli hailing from Austria. After a yearlong hiatus, Veseli is determined to step back into the ring and prove that he still has a lot to prove. Originally he was to fight Croatia’s kickboxing prospect Ivan Bilić who was forced to cancel the match due to an injury.

For more details on tickets click here. The entire card will be streamed LIVE on www.fightchanneltv.com.

FFC 30’s Thomas Leitner to Fabio di Marco: ‘You are in for a very hard fight and toughness you haven’t seen before!’ FFC 30 Linz warm-up: Take a peek at last years’ FFC spectacle at TipsArena