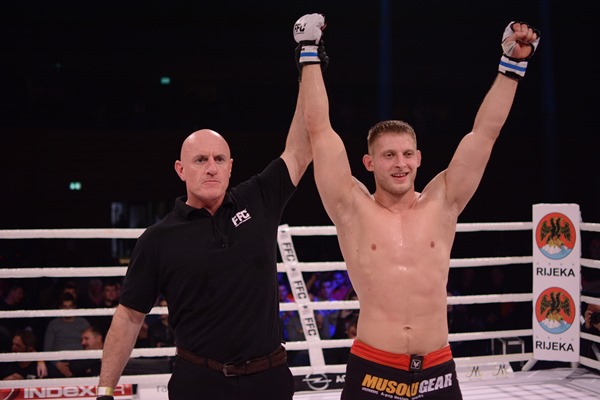 FFC light heavyweight champion Marcin Prachnio won his belt in November 2015 when he defeated Tomislav Spahović at FFC 21 in Rijeka. However, Prachnio will be stripped of his title for he decided to drop to the middleweight division. Prachnio does not intend to return to the light heavyweight category nor to defend his FFC belt, and therefore his spot will be vacated.

Moreover, FFC welterweight champion, Hungary’s Laszlo Senyei who won his belt in March this year when he defeated Ivan Gluhak at FFC 23 also does not intend to defend his title. The reason for his choice was also a change in weight class. In his last few matches Senyei had problems meeting the scales and therefore decided to fight exclusively in the middleweight division from now on, meaning that the welterweight champion spot is also vacated.

FFC lightweight champion, Bosnia’s young talent Ahmed Vila won his belt when he defeated former champion Viktor Halmi at FFC 23 Vienna in March this year. He also does not plan to defend his title. At FFC 26 in Linz, Vila tried to do something no one has yet managed to do in FFC – he tried to become the owner of championship titles in two weight divisions. However, he lost to Filip Pejić in the featherweight division. Vila decided to continue to fight in the featherweight and bantamweight divisions that suit him much better.

FFC wishes all the best to the former champions and is looking forward to seeing them fight in new divisions that are more suited to them. By the end of 2016, all weight divisions in both kickboxing and MMA see the crowning of new champions.

Check out some of the best FFC 26 moments in our highlights! (VIDEO) ‘Night of Champions’ – FFC’s special end-of-the-year event coming up this December!