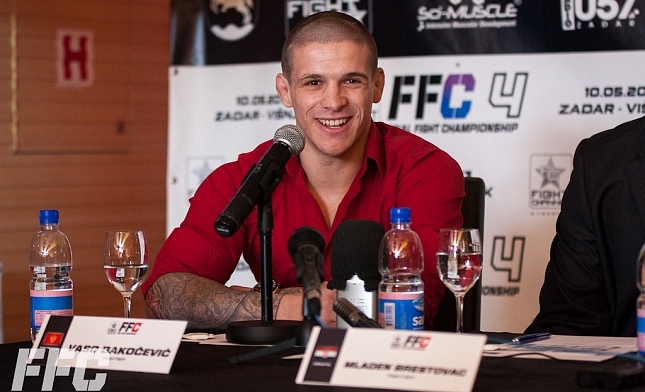 One of those will be featuring Montenegro's Vaso "Psychopath" Bakocevic, while in the other one we'll be able to watch young Croatian MMA hope Luka Jelcic. So far, their opponents are still unknown.

And while Jelcic will be looking for his second FFC win after an impressive debut against David Vasic (FFC04 – Zadar) he won by choke at the very outset of the fight, the Montenegrin will seek redemption in Zetra for the defeat against Ivica Truscek in his own FFC debut. Although he got off to a good start in the clash of two of the region's best under-70 kg fighters, as the fight moved on Terror completely dominated over Vaso and triumphed via TKO.

It was announced earlier that the event will be headlined by Dzevad Poturak and Stefan Leko as the farewell fight for the Bosnian kickboxing legend.

FFC pushes the date of the Sarajevo event Al Said: Truhan will be a real test for me at FFC 7!