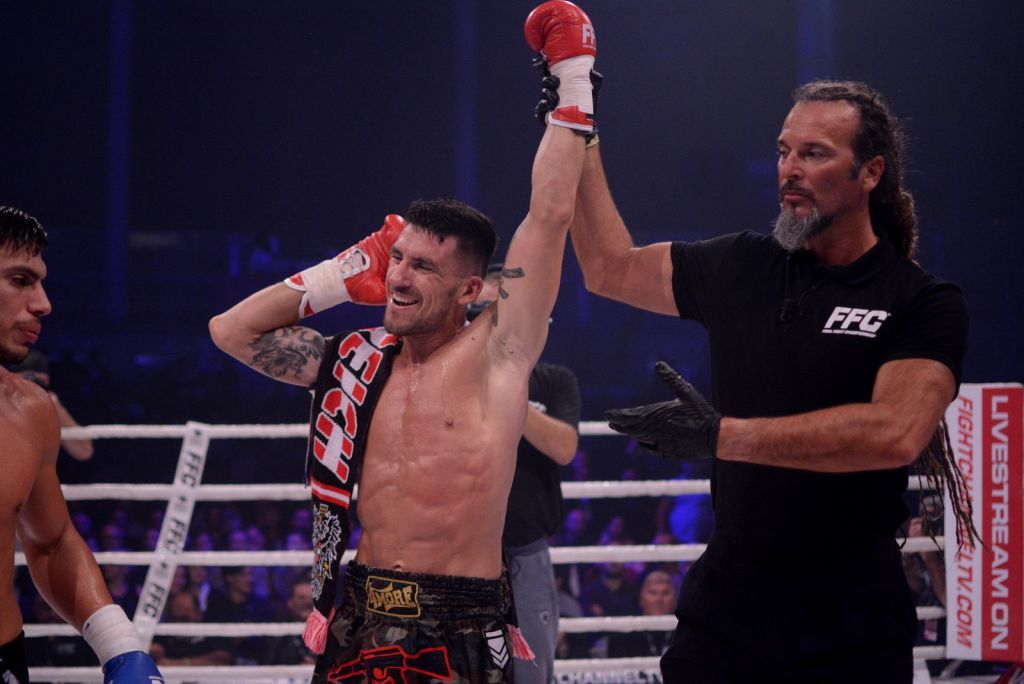 FFC welterweight champion Shkodran “The Albanian Warrior” Veseli is ready for the next FFC season eager to defend his title.

Veseli (83-18-1) won the welterweight belt  with a 4th Round KO stoppage vs. Francois “Bang Bang” Ambang. A series of solid punches from Veseli rocked Ambang and sent him to a kneeling position at the 1:23 mark of the Round number four. To say that Veseli has a wealth of experience would  be an understatement. “The Albanian Warrior” has fought a total of 103 fights times in his young career. And nothing will stop him, especailly not injuries and accidents that marked his 2019.

‘Now I feel better and I’m back in traning after an injury on my left arm. I could not train for three months. And ever since my title fight, I couldn’t wait to defent my belt. I finally got a chance against Alan Scheinson at FFC 37 and I prepared myself very well. However, only ten days before the fight I injured my spine during a training session and could not do anything for three weeks. I also had an eye surgery this June and had to make a two month break. At the end of September I had an accident and cut a muscle on my right forearm with glass as well as my tendons. I could not move my hand for two months and had daily phisiotherapies. Last year bad luck really followed me. I had a lot of injuries.’

However, Shkodran is back and he is ready for his next move. As a former WKU, WFC and WMAC World Champion, if there is one thing you won’t see him doing anytime soon, it’s turning down a fight.

‘My training is always great and I was always prepared. Althought last year went completely wrong. Therefore I will do everything better this year and deliver top fights. 2019 cost me a lot of strength. But I am a warrior and I can’t get myself down. 2020 is here and a new chapter is being written. I also decided to move back to my family in Vienna.’

Veseli has fought under the FFC banner a total of seven times, racking up six wins. His only loss in the FFC came in a title fight against Eyevan Danenberg, who happened to be a Glory contender at the moment. This years he plans to collect even more victories in the ring.

‘My plans for 2020 are to defend my FFC title and fight a lot of good names . My goals – to stay healthy and knock people out! I let everything come to me.  Maybe we can catch up on the fight against Schenson’.