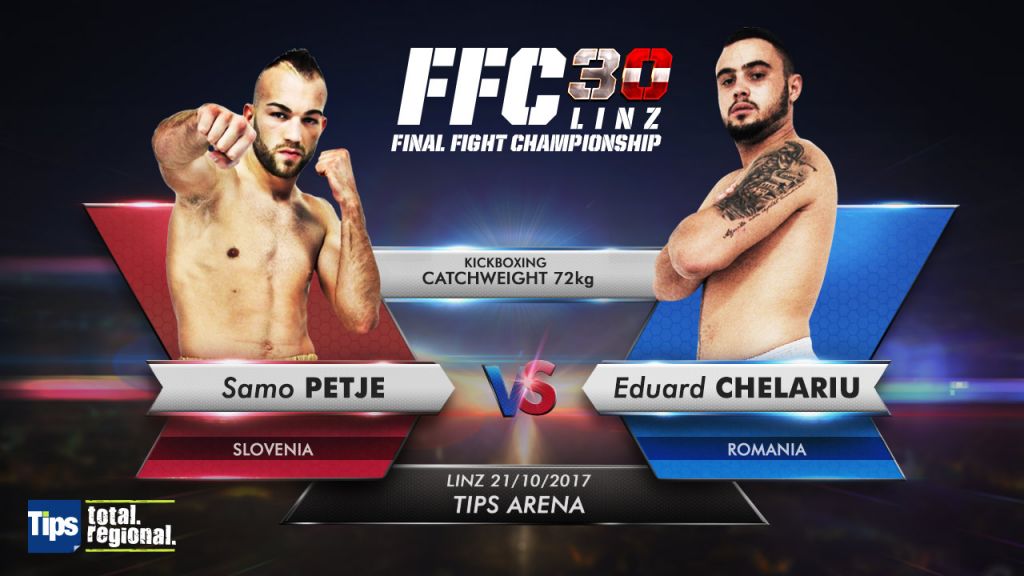 FFC’s first two-division champion Samo Petje (32-6-1, FFC 10-2-0) is to fight again at FFC 30 that is to take place in Linz, Austria, on October 21. Moreover, prior to his upcoming bout he decided to drop his welterweight belt that he took from Eyevan Danenberg at FFC 29 Ljubljana.

After being brutally KO’ed at FFC 22 in Athens in February 2016 by Meletis Kakoubavas and losing his lightweight title, Samo Petje made a successful comeback at FFC 26 Linz despite the fact that many fight fans doubted him. And since then he scored nothing but wins!

Petje retaliated for the devastating loss in one of the most anticipated FFC rematches this year and defeated his old foe Meletis Kakoubavas on his own turf at FFC 28 Athens in March. Moreover, after settling the score he also decided to raise the bar even higher when he challenged FFC welterweight champ Eyevan Danenberg. And many believed that would be impossible too.

But it seems nothing is impossible for this Slovenian talent since he scored a win against significantly taller Danenberg at FFC in Ljubljana fighting in front of his own crowd thus becoming FFC’s first two division champion.

However, ahead of his upcoming bout at FFC 30 Linz, Petje decided to drop the welterweight belt and concentrate on the division where he feels the best at. This October he is to fight in a catchweight superfight against young Romanian prospect Eduard Chelariu (8-3, FFC 0-0) set at -72 kg. Despite the fact that this will be Chelariu’s FFC debut, this young KO artist dubbed ‘Little Tyson’ already has 11 professional bouts under his belt as well as 8 wins. Not to mention that he polished his skills in SuperKombat.

Taking all of this into consideration, there is no doubt that Petje and Chelariu will be ready for real war in the ring this October!

FFC 30: Check out our new MMA and kickboxing prospects from Southeast Europe to keep an eye on! Arbi Mezhidov out of FFC 30 MMA bout with Filip Pejić, Fabiano Silva steps in as replacement