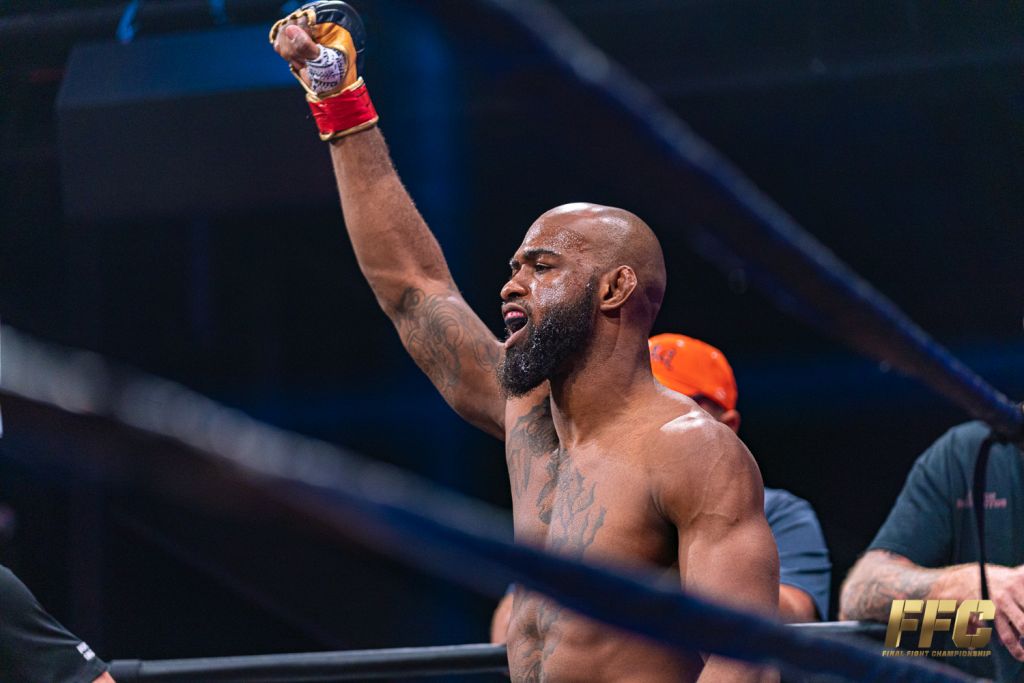 The FFC matchmaking team have the envious job of compiling match ups, signing established stars and scouting the latest prospects across MMA, Boxing and Kickboxing.

After the conclusion of FFC 40, thoughts immediately turn towards future events, especially for those victorious at the Fight Dome.

We take a look at four potential match ups following on from the latest instalment of Final Fight Championship:

Lemminger ended his amateur career with a perfect 5-0 record, before moving to 7-0 as a professional before his streak was stopped by Jason Witt.

Witt scored a decision victory over former title challenger Roberto Neves at FFC 40, whilst Lemminger successfully grasped the belt with a dominant performance over Ben Egli. With a win for both men, the spotlight was always going to turn towards a revenge or repeat situation with the FFC Welterweight crown on the line.

Lemminger’s victory over Egli moved him to three consecutive wins, with Witt also moving to three in a row. This fight is surely a no brainer for Lemminger’s first title defense?

A teammate of Lemminger; Alex Polizzi retained his perfect professional record of 5-0, with all five wins inside the distance after overcoming some early troubles presented by Daniel Jolly to stop the Florida man with just under thirty seconds to go in the opening round.

A man also feared in the 205lbs division is Croatian Ivan Erslan, who scored a heavy stoppage of veteran Roger Carroll in May at FFC 37. The American Top Team prodigy is ranked at #18 in the US as a light heavyweight on Tapology, with Polizzi ranked #26.

Erslan holds a 7-0 record with it making sense for both men to compete for the vacant FFC Light Heavyweight Title, as well as putting their respective ‘0’ on the line.

Shkodran Veseli holds a 6-1 record in FFC, with his victory over Francois Ambang at FFC 31 his latest defense of the FFC Welterweight Kickboxing Title.

Chub also holds a defense over Ambang and defended his title for the second time at FFC 40, earning his first knockout in the promotion after stopping Wellington Uega in devastating fashion in the fourth round.

The Ukrainian has always had his eye on the welterweight crown and with Veseli currently awaiting a challenger, could Chub look to become a two-weight champion?

Prior to his four consecutive victories across the last fifteen months, Roman held a 2-4-1 record. A recent resurgence and an opportunity to compete close to home has saw Roman propel himself straight up the welterweight division.

Israel’s Jackie Gosh ousted Randall Wallace in his promotional debut at FFC 38 in June, and holds an 8-2 record, which includes a loss to Jamil Ibragimov.

The welterweight division is proving to be a stacked one… who wins if Roman and Gosh meet at the Fight Dome?

If you’re wondering who Max Rohskopf should face next… we covered that here!