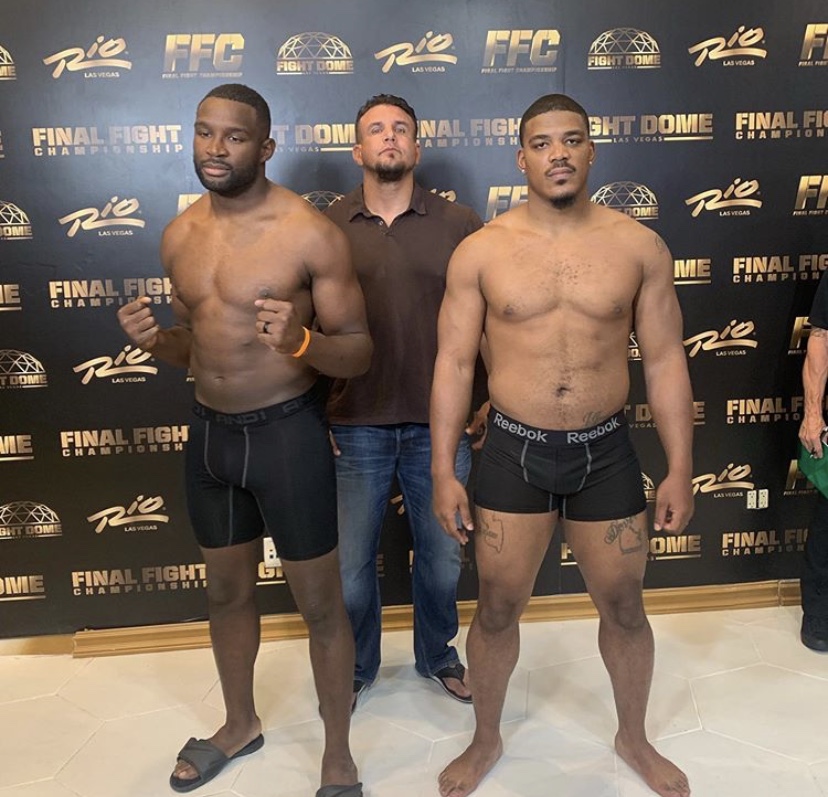 The heavyweight main event is set and ready to rock the Fight Dome in Las Vegas, with FFC 39 bringing six fights across mixed martial arts, kickboxing and boxing.

Having both previous competed at light heavyweight, Jamelle Jones hit the scale looking fully accustomed at the bigger weight class, hitting his mark at 239lbs. Jordan Powell will hope to make his mark on the FFC heavyweight division, tipping the scale significantly lighter at 225.2lbs.

The co-main event was in jeopardy, with Angel De Anda weighing in at 190lbs, four pounds over the middleweight limit. Vegas-based BrazilianGabriel Checco clocked in under the limit at 185.6lbs, still accepting the fight with De Anda forfeiting 20% of his purse to his opponent.

MMA kicks off the evening in the bantamweight division, with local jiu-jitsu specialist Jerry Shapiro looking to make an impact and hitting his mark at 135.2lbs. Josh Wright will look to upset the strong following of his hometown opponent, and he made the bout official at 135.4lbs.

*Angel De Anda missed weight and forfeits 20% of his purse to Gabriel Checco.

Tickets are on sale NOW! Click here to purchase.