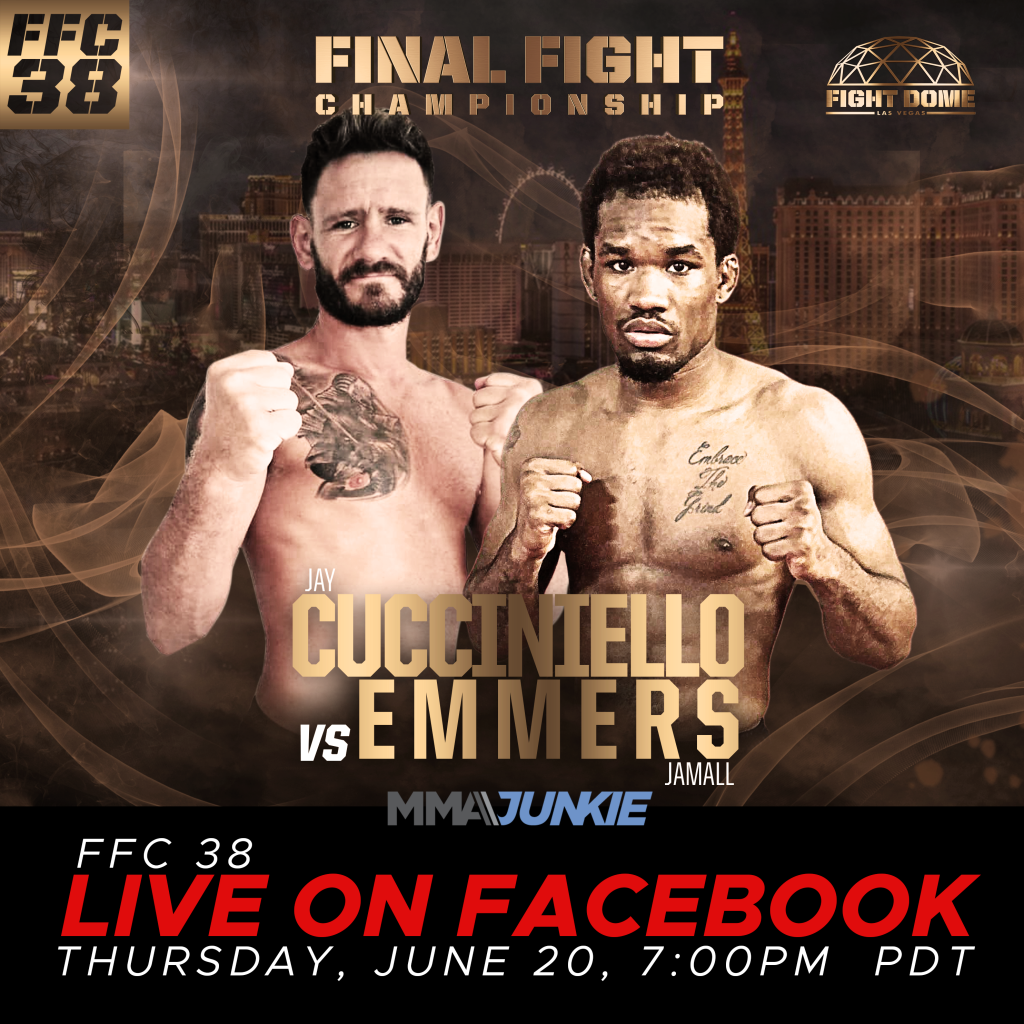 Fight fans are in for a treat as FFC 38 broadcasts live and free on MMA Junkie’s Facebook and YouTube this Thursday at 7PM PDT, from the Fight Dome in the combat capital of the world, Las Vegas.

Wrestling prodigy, jiu-jitsu maestro and Vegas’ own Max Rohskopf looks to pick up his second promotional victory in as many appearances as he faces experienced striker Jonathon Morris, who looks to cause a big upset on short notice. Another blue-chip prospect in Keith Lee looks set to make his long-awaited FFC debut as he faces rejuvenated twenty-five year old Chris Johnson in an all-American bantamweight battle.

This event marks the first live show of 2019, with FFC 38 being streamed live on MMAJunkie.com, their Facebook and YouTube. FFC’s social networks will also stream the entire card, as well as our digital partner rakcna MEDIA’s network.

Limited tickets are on sale NOW! Click here to purchase.