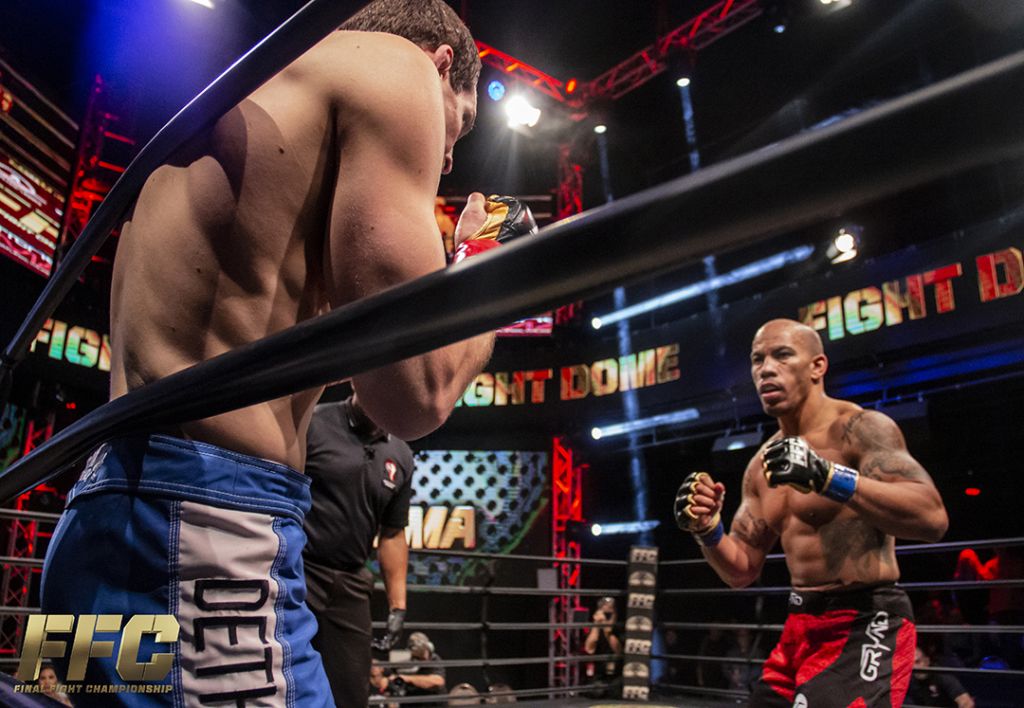 In the main event of FFC 35, Ben Egli sought to defend his FFC welterweight crown for the first time, taking on Ohio’s Joey Holt.

The title matchup featured a clash of styles, with Egli renowned for his jiu-jitsu resumé that had yielded nine submission victories. Holt himself has a well-rounded game but it’s the power in his hands that has brought five knockouts and earned him the nickname of “The Hitman”.

In the form book; Holt had racked up five consecutive victories, with four of those coming inside the distance. Egli had just defeated Roberto Neves by first round submission on his promotional debut at FFC 31 in October 2018.

Watch the official highlights below…

Tickets for Final Fight Championship 36 are now on sale! FFC 36 takes place on Thursday 9th May inside the Fight Dome at the Rio Casino in Las Vegas. Click here to purchase!