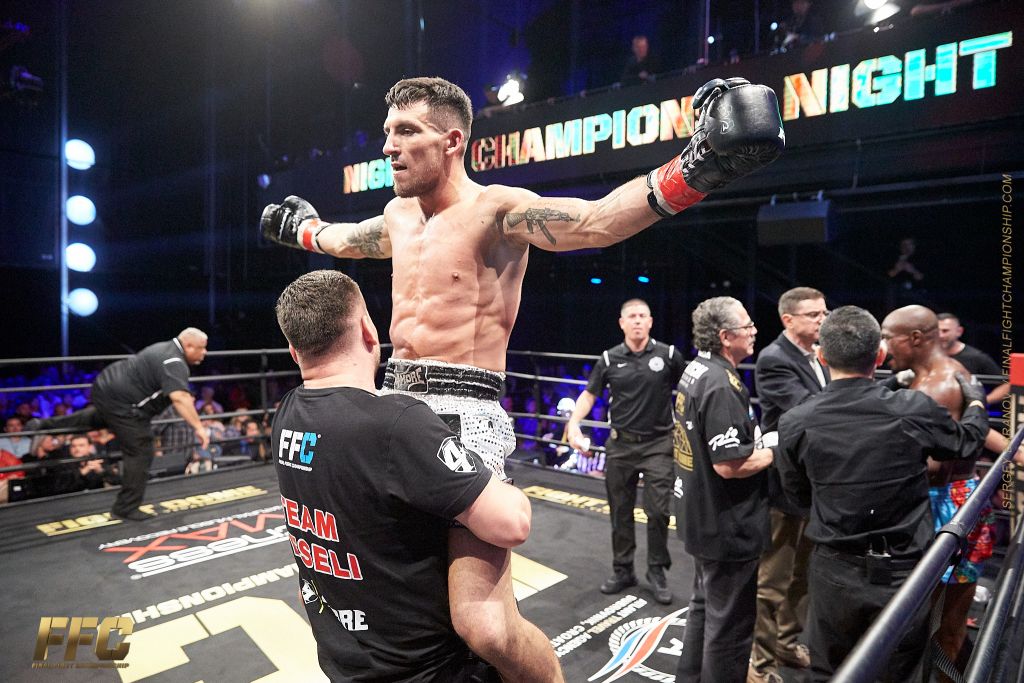 “FFC 31 Night of Champions” was the first of its kind in the pantheon of combat sports. A night that featured four championship bouts in three different disciplines (boxing, kickboxing and MMA), a feat that had never been accomplished before in the history of combat sports.

“Think about it, if it was that easy to get all of these licenses and promote all these disciplines at once, then everyone would be doing it”, said Orsat Zovko, Founder and CEO of Final Final Championship “We are honored and thrilled to have made history here in the United States and our goal is to continue to make history as we progress.”

Mladen “The Scorpion Sting” Brestovac rocked the Fight Dome with a vicious high left kick that sent his opponent, Jhonata Diniz, to the canvas. The Croatian Heavyweight scored the knockout of the night and retained his FFC Heavyweight Kickboxing title in the process.

It was simply “business as usual” for Ben Egli, as the Oregon native choked out Roberto Neves in the first round to win the FFC MMA Welterweight title. For Egli, it was the fifth rear naked choke of his career, and ninth submission win overall.

Watch the highlights from “FFC 31 Night of Champions” and relive a piece of combat sports history.

For Egli, The Choke Is No Joke! Heavyweight MMA Title Bout Headlines FFC 32