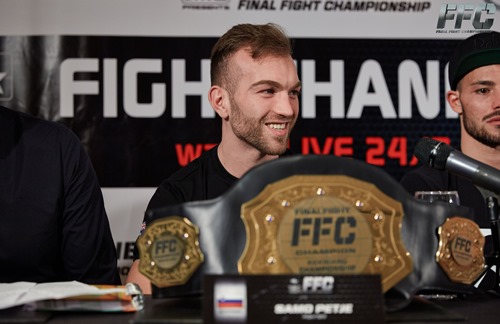 Prior to the pay-per-view televised event, the promotion will be holding a special pre-fight press conference at Austria Trend Hotel (Dunajska cesta 154, Ljubljana) on Wednesday, March 22 in Ljubljana beginning at 1 p.m.

The event will be free to attend and open to the public.

The event will also include a title match between one of the world’s best kickboxers Mladen Brestovac taking on kickboxing legend Dževad Poturak and appearance of excellent MMA fighter Valeriu Mircea defying the odds to take on FFC champ Luka Jelčić.

FFC is going to Ljubljana, Slovenia, with FFC 29 Uroš Jurišić signs FFC deal and fights at FFC 29 in Ljubljana