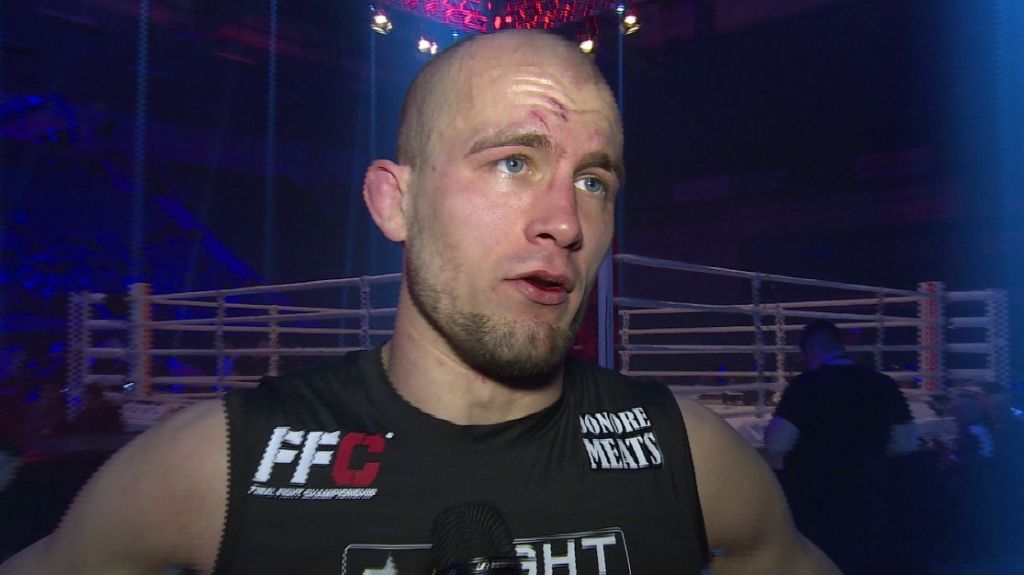 In the co-main event that saw one of the most attractive endings at FFC 29, Luka Jelčić defended his lightweight title thanks to a submission victory over Roberto Pastuch.

“I feel great. I said before the fight that I want those 15 minutes”, said Jelčić. “But the match went to the ground and Pastuch was done after my first or second elbow. I will not blame the referee, he stopped the match, but he could have done it a bit sooner.”

“I cannot run away from it, I fight the way I fight, I trained for that, I train to inflict damage. I knew he will try to surprise me and box with me so I connected two hooks and shook him a bit, he closed the second one frontally and cut the angle and he did that very well.  We ended up in clinch, the fight went to the ground and he tried to take my back, but I’m very experienced in that. I’m in those positions all the time because they molest me with that at SBG. I’m very well familiar with that and I welcome it because it’s fight.”

“Fight is not merely punching someone in the face, I want to feel the real fight and I want tough opponents. I don’t care who they give me next. I’m that champ and I will leave the matchmaking to the FFC,” concluded Jelčić.

Samo Petje rocked the fighting sports scene and made FFC history FFC 29: Hrvoje Sep post-fight interview: “I should be happy, but I’m not”