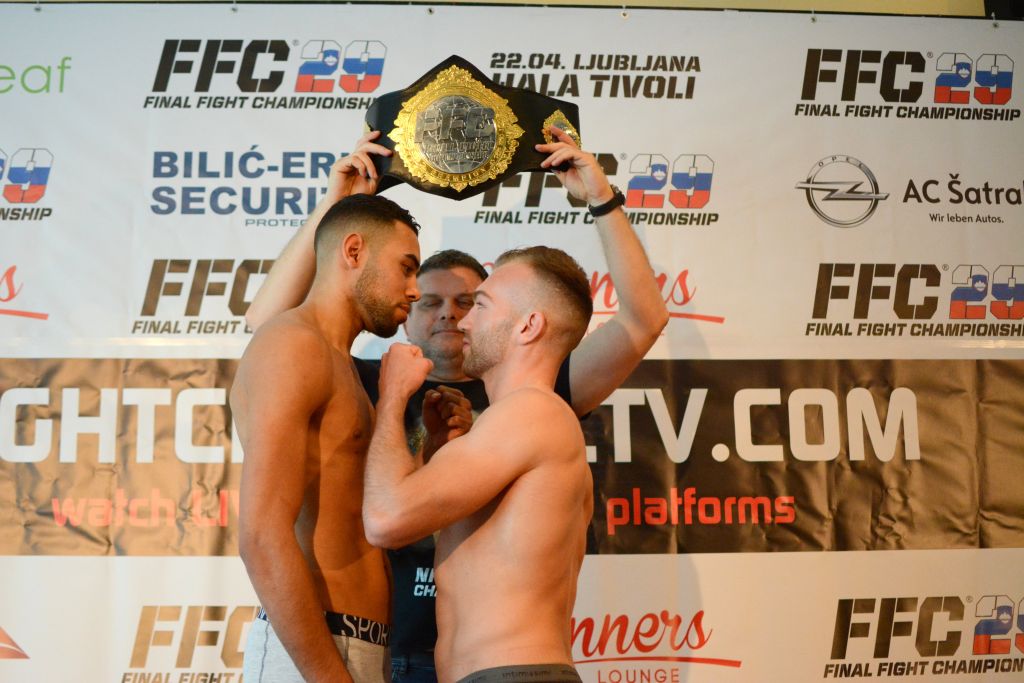 FFC 29 weigh-ins took place today at Austria Trend Hotel which served as the FFC host hotel in Ljubljana, Slovenia. The event itself will be held tomorrow at Tivoli Hall starting from 8 PM CET.

Among those weighing in were headliners Samo Petje and Eyevan Danenberg who meet in the welterweight main event fighting for the title. Before their match FFC heavyweight champion Mladen Brestovac will defend his belt against Dževad Poturak who weighed 12 kg less than the champ.

The MMA part of the program will be headlined by Luka Jelčić who will defend his belt for the first time. Moreover, FFC 29 will feature a professional boxing match between MMA and kickboxing parts of the event in which Croatian Olympic boxer Hrvoje Sep is to make his professional debut.