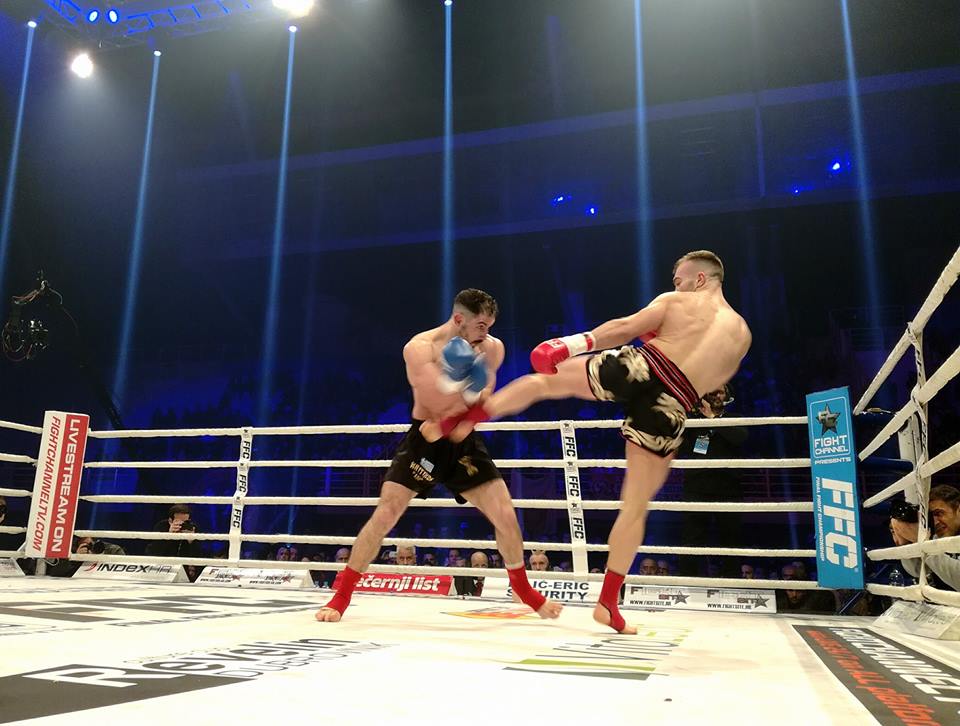 Final Fight Championship returned to Athens, Greece, after a exactly one year with „Greece vs. Rest of the Word“ spectacle that opened another exciting FFC season.

In the main event of the kickboxing part of the program Slovenia’s Samo Petje fought Greek kickboxer Meletis Kakoubavas in a grudge match since the Greek fighter brutally KO’ed him last year and won the title. In the meanwhile, Petje managed to regain the belt and got a new chance to erase the stain from his career.

Petje did not manage to KO his opponent but he managed to land some devastating knees and high kicks and in the end he won via decision.

Croatia’s young prospect Andi Vrtačić came with a surprise and managed to defeat middleweight champ Denis Marjanović. This fight also went to an extra round after which the judges decided in favor of Vrtačić.

Marjanović won his belt at the FFC’s final event last year. Vrtačić fought on the same card and scored and impressive win which secured him the contender spot. Marjanović seemed more dangerous in the beginning and in the last round, but much taller Vrtačić managed to land punches from distance. Despite the fact that it seemed that he was closer to the win, the judges were not so sure and the fighters had to fight in an extra round. In this fourth round Marjanović seemed more aggressive but then Vrtačić landed a big jab and they exchanged a couple of excellent punches at the very end of the round. It was not easy to decide on the winner after that round either. Marjanović was visibly surprised with the split decision in Vrtačić’s favor.

In the co-main event of the kickboxing part of the evening, Holland’s Eyevan Danenberg faced Croatia’s Ivan Bilić in a welterweight title bout. FFC champ and Glory fighter managed to defend his belt after four exhausting rounds.

In the first round Bilić managed to land a couple of big shots but in the second round he tried to  hurt his opponent with a kick and failed. In the third round Bilić started to be more aggressive, he managed to land two big jabs and thus the match went to an extra round. However, Danenberg scored more points and won via TKO in his first title defense.

In a heavyweight slugfest, Croatia’s Tomislav Čikotić lost to Stavros Grigorakakis who fought on his own turf. Grigorakakis gained advantage in the final round and won via decision.

FFC 28 Pre-fight Press Conference – Petje: Last year was a mistake! Kakoubavas: When you make a mistake, you have to pay for it! FFC 28 Athens – MMA Results – Van Roosmalen and Stošić notch super fast wins!