Duško Todorović ahead of his FFC debut: ‘In MMA you have to adapt and be flexible with your game plan’ 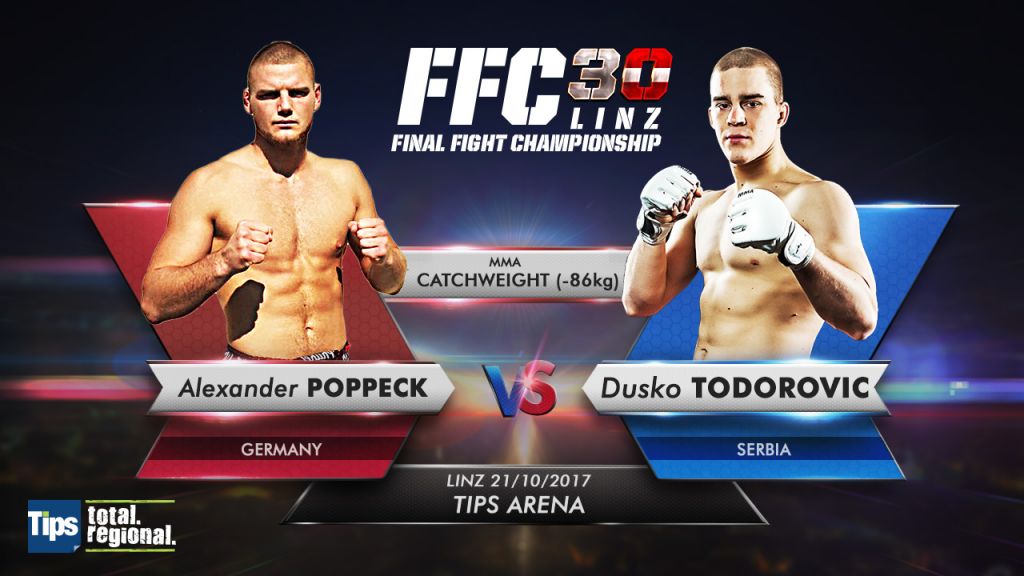 Young Serbian athlete Duško Todorović will make his FFC debut this Saturday. In his promotional debut at FFC 30 Linz he will square off with Germany’s Alexander Poppeck and having in mind his accomplishments so far, he definitely has a bright future ahead of him.

Todorović (4-0, FFC 0-0) was actually supposed to make his debut at FFC Athens but he was forced to cancel his performance due to an injury and postpone it for some other occasion. And it will finally happen this Saturday when Todorović is to face one of the biggest tasks so far. But let’s start for the very beginnings…

‘I started with Taekwondo in primary school,’ explained Todorović. ‘Those were my first steps in fighting sports. After nine years I started to train MMA at Secutor Gym where I stayed for past seven years. I fight professionally now and I do what I love.’

This humble young fighters is only 23 and he is already Serbian grappling champion and black belt owner in Taekwondo. He is undefeated in his nine MMA amateur bouts and he will step into the FFC ring with professional score of four wins – 2 KO’s and two submissions! So it’s no wonder many started to consider Todorović an MMA star in Serbia.

‘I wouldn’t say I’m a star. But I’m glad people recognize my efforts. Of course I am flattered when people recognize that, but it’s not a pressure. I don’t think about that when I fight. When I fight, I am focused only on fighting.’

‘Secutor Gym is primarily a grappling gym, but we also work on stand-up game a lot. I prepared for this bout there. I did not go to other gyms because we did not want to experiment too much now. We were cautious because of the risk of injuries. My elbow and knee just healed so we focused mostly on stand-up and everything went fine. Now we wait for this fight to come!’

At FFC 30 this Saturday Todorović will square off with Germany’s Alexander Poppeck (8-1, FFC 0-0) who will also make his promotional debut. Poppeck will be a real challenge for the Serbian fighter having in mind his exciting style and KO ratio. But Tororović is not intimidated.

‘I never put pressure on myself in a fight. Even when we make a game plan I never stick to it blindly. I do what my opponent allows me to do. If I estimate I could take him down and finish the fight, I do it. If I see I’m better in stand-up, I will do stand-up with him. We never insist on ground game and take downs. In MMA you have to adapt, you have to adjust and you have to be flexible with your game plan,’ concluded Todorović.