Darko Stošić on FFC 28: ‘Zahariev got fat. I will try to avoid his ground game’ 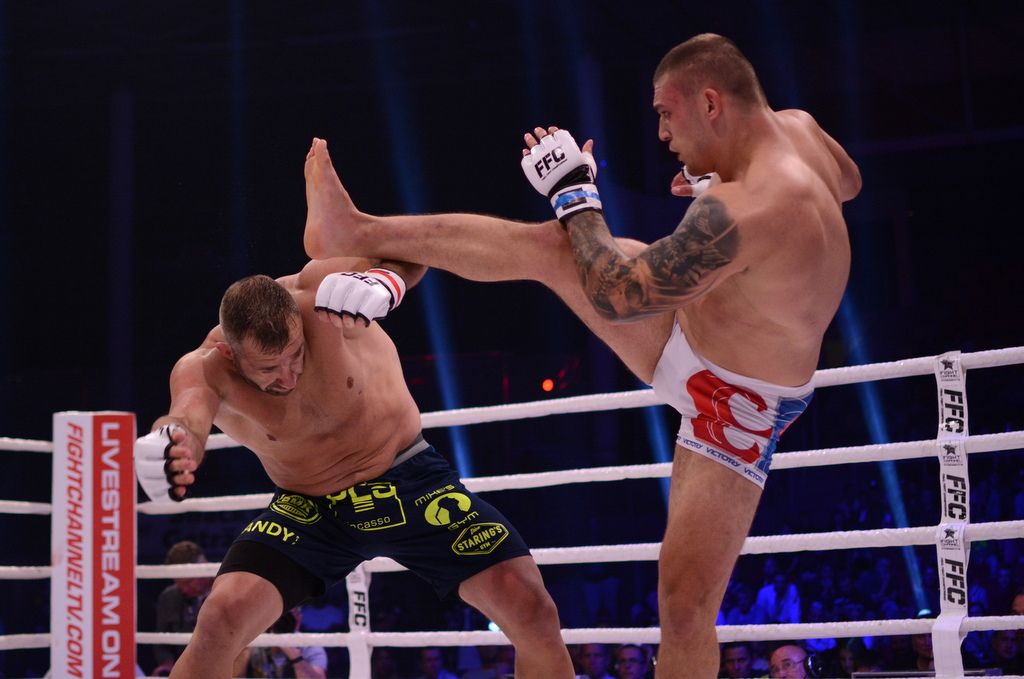 Darko Stošić has some unfinished business in Athens, Greece, where he is to return this month to fight Emil Zahariev. On March 11 at FFC 28 he is to finally lock horns with this bulky Bulgarian fighter whom he was to fight at FFC 22 last year but the match got cancelled last minute.

Only a couple of hours before the match, Zahariev got in problems with law for carrying a knife and the match had to be cancelled. Now a year later, FFC match-makers decided to put them in the ring together again. However, in the meanwhile Stošić won the heavyweight belt that he already successfully defended in December and Zahariev will now definitely face an upgraded version of Serbia’s top fighter.

This will be my second title defense and my opponent is MMA veteran, Emil Zahariev. I already had a match scheduled with him last year. Now it will hopefully happen. I’m very focused on this match and I’m in the final stage of my preps. I have some 20 days left. I’m happy I got another chance to fight and defend my title. I think the event in Athens will be awesome, maybe even better than the last one in Zagreb. It will take place in an Olympic Hall in Athens. It will be a top match.

On the cancellation of his match with Zahariev at FFC 22

I thought they were joking. I went for a walk and returned to the hotel. And when we were about to go to the venue, they told me Zahariev got arrested (laughs). I thought it was a prank. But it turned out he really got arrested. I could not believe it. First they told me not to worry, that they will release him because it must have been a mistake. So I waited. The event was to start at eight and around seven I found out he was detained because it was already weekend. They detained him by Monday. I was really shocked. But what can you do? It happens. I mean, no, it does not happen, but… (laughs). But it happened.

I know some judo moves (laughs).

On the upcoming match

It will be as any other match. Stand-up… I think he got really fat. I don’t think he is agile. I’m sure I am faster and more explosive. But he is patient. He can wait. I think he will prefer stand-up. I’m sure the fight will start in stand-up. But takedowns are possible too. There might be some ground game too, I dunno. But he is very good and experienced on the ground. I will try to avoid it.

He sure did. He has excellent score with 22 wins and 7 losses. But last year I was significantly less experienced. I think I am better than last year, I improved a lot. Last year we were to fight for the contender spot and now I’m defending the belt. He is a good opponent, but I am more experienced now.

Zahariev has been inactive. Will that have any impact of the match?

It depends on his mental state. I don’t know why he did not fight any matches. That’s his problem. I have nothing to do with that (laughs).

On his preparations with Cro Cop

We are dream team. I came back to Zagreb where I train again. I was in contact with Mirko and Stipe Drviš. We talked and… Stipe will be my cornerman in Athens. That’s why I came to train with them in Zagreb again. Guys are great. I train with Mirko, with Ante Delija, Satoshi Ishii also came here… Stipe is here, as well. I love them and it’s as great as it can be. I will do my best to be totally prepared. Maybe even better than ahead of my title defense match in Zagreb against Staring.

I don’t think I’m a star. But people follow my career, they send me supportive messages, especially after matches. I have many followers on social networks. I am grateful and I’m happy about that. That’s also a part of my success. It means I’m doing well.

Joey Angelo ahead of his FFC debut: ‘Watching the fights is like looking at hearts’ FFC 28 Athens PREGAMES