Croata: My goal is to smash Bakocevic, but first I need to win in Sarajevo 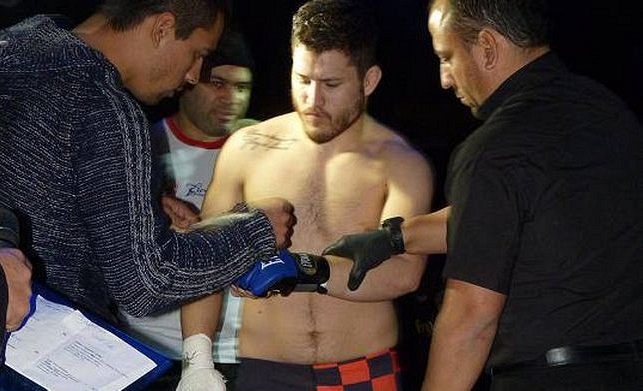 Francisco “Croata” Barrio is coming back to Croatia this summer. But he won’ t switch Buenos Aires for the Croatian coast, which has already been visited this summer by some of the world’s best fighters, like Cain Velasquez and Vladimir Klitschko – he’ll spend time in Zagreb, working hard.

The Argentinian-Croatian fighter will make camp in Croatia’s capital before his next fight, a debut in the Final Fight Championship. In Sarajevo, early in October, he will face a more experience fighter than him, Darko Banovic.

He drew some attention several weeks ago when he called out the best regional fighters in the featherweight division on social networks, and his biggest wish remains to get into the ring with Vaso Bakocevic.

“Yeah, my goal is still to smash Bakocevic, but to get a chance to fight him, first I need to beat Banovic. Darko is a solid fighter, I see he’s very good at grappling and has a lot of fights behind him. It will be an interesting match since it’s the biggest fight ever for the both of us, there’s gonna be fireworks,” Croata announced, talking to 24sata daily.

“I’m fighting at his home in Bosnia and Herzegovina, but it doesn’t matter to me, because I know the entire Croatia will be with me. The FFC is the best European organization and I know it’s where I belong. I’m grateful to the organizers for this fight. I’m finally fighting close to Croatia and I hope that after I win in Bosnia my next fight will be in Croatia against Bakocevic,” Barrio said.

Poturak: I eat two kilos of meat every day Vaso gets back at Croata: We’ll see if there are any balls under those thick slabs of fat!