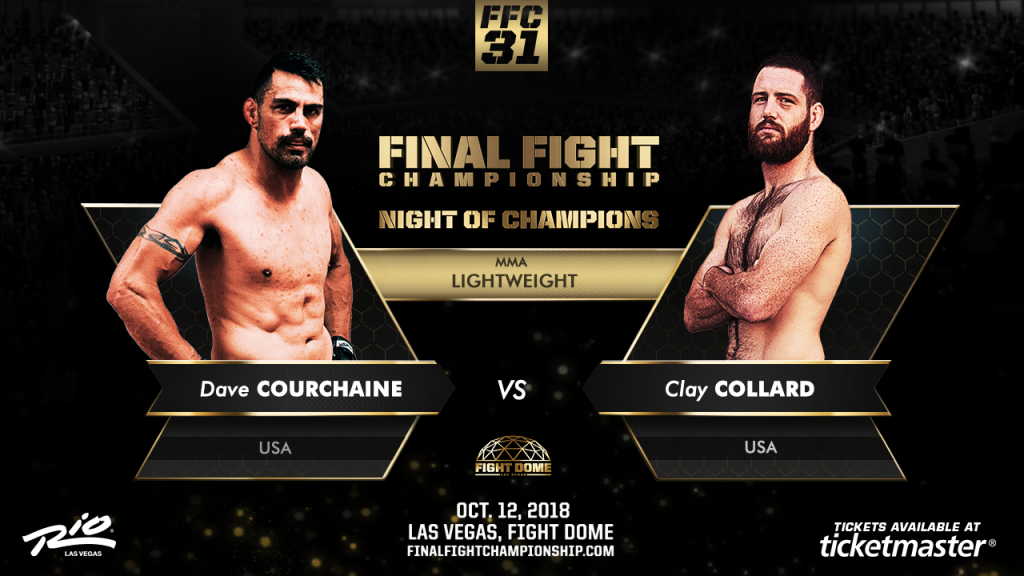 After almost a three-year layoff from the sport, former UFC fighter, Clay Collard, returned to mixed martial arts as a man on a mission. A mission to prove that he has what it takes to dominate at the next level.

In his first pro fight since September 5, 2015, Collard defeated Troy Dennison in January of this year, by TKO, just 46 seconds into the very first round. Collard followed up that victory with a submission win by triangle choke against Carson Gregory in April.

As you can imagine, there was lot that Collard learned during him time off from fighting.

“I learned to be properly prepared for all fights equally”, said Collard. “Now I always make sure I only take fights with a sufficient camp.”

Prior to the layoff, Collard fought four consecutive times for the UFC. He defeated Alex White by unanimous decision and lost two decisions (one unanimous, one split) to Gabriel Benitez and Tiago dos Santos e Silva, respectively. His first UFC fight ended in a third round TKO by Max Holloway.

Fighting at that level (UFC) has given Collard a noticeable advantage since his return.

“It helps me greatly because I had the honor to battle with some of the greatest”, said Collard. “It also point out my weaknesses so I can grow into an all around fighter.”

Dave Courchaine also took some time off in the middle of a five-fight win streak. He didn’t fight at all in 2015.

Courchaine had won fight consecutive fights dating back to December 13, 2013, four of them by knockout, before losing his last fight on January 13, 2017 vs. Arthur Estrazulas, by first round knockout.

As a result, Courchaine (who has won 13 of his 20 fights by knockout) is chomping at the bit to erase that recent loss from his memory, and get back on the winning track.

“I plan on biting down on my mouthguard and banging away on Oct. 12th”, said Courchaine. “I’m looking for a knockout, either way I plan on finishing the fight and not leaving it up to the judges.”

Courchaine is the quintessential knockout artist and he loves to end his fights with fists of fury. However, Courchaine (who at age 35 is ten years older than his opponent) is more than prepared to go all five rounds with Collard if need be.

“As I have gotten older everything has slowed down but I don’t mind going into the deep water rounds because I play for keeps”, said Courchaine. “If he slips up one time it could be a short night for him because I’ve been doing this a long time and my wisdom and cage experience will shine through.”

“FFC 31 Night of Champions – Collard vs. Courchaine” takes place Friday, Oct. 12 at 7 PM (doors open at 5 PM) at the all-new Fight Dome Las Vegas located at the Rio All-Suite Hotel and Casino. Tickets are available for purchase at TicketMaster.com.