Busick and Erslan Will Grind it Out at FFC 32 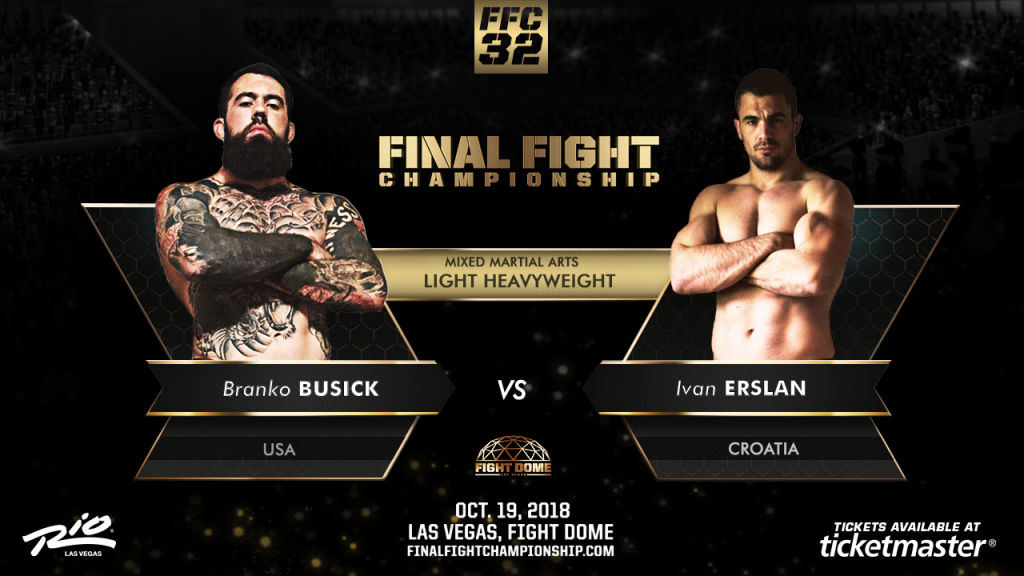 Las Vegas, NV, (October 17, 2018) – It could come down to the wrestler vs. the boxer. That is the way it looks on paper right now. Inside the Fight Dome arena at Rio Las Vegas however, it could be a much different story.

Busick has a very strong striking game but many will argue that his wrestling pedigree is his true strength. Erslan, conversely, is a solid boxer who can throw crisp combinations when he stands in the pocket and wishes to engage.

Both fighters have gone the distance before and some in the fight community believe their fight on Friday night could see all three rounds.

Will Erslan’s fast hands be enough to keep his pro MMA record unblemished? Or will Busick’s wrestling experience hand the Croatian Sensation is his first career loss?

These questions will be answered on Friday night, October 19th, at Fight Dome at Rio Las Vegas.

The event, FFC 32, will air on CBS Sports Network. Check your local listings for more information.

Tickets for FFC 32 can be purchased at TicketMaster.com.