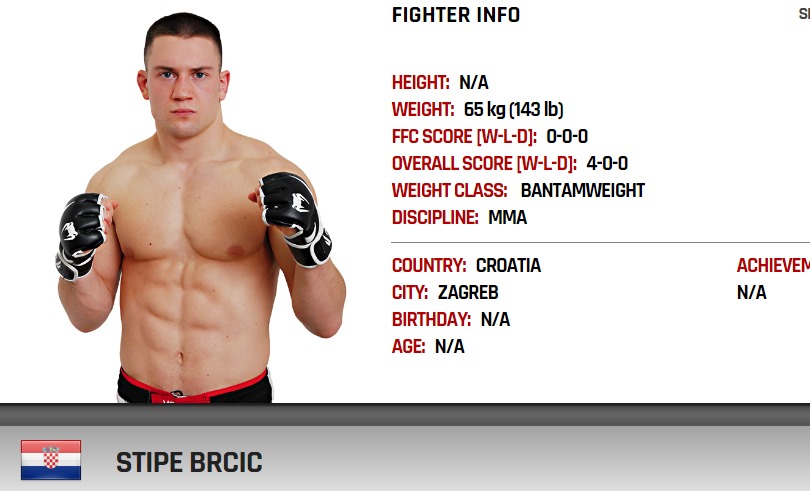 Both fighters will make their debut at the upcoming event in Austria.

Originally, Brčić was to fight Slovenia’s Lemmy Krušič who has withdrawn from his catchweight clash against the Croatian prospect. Krušič hoped to start a new winning streak at FFC 30 in Linz, but was unfortunately forced to cancel the match due to an injury.

FFC 30 will be headlined by Robin Van Roosmalen in the MMA part of the event, while Shkodran Veseli fights in the kickboxing main event.