Arbi Mezhidov out of FFC 30 MMA bout with Filip Pejić, Fabiano Silva steps in as replacement 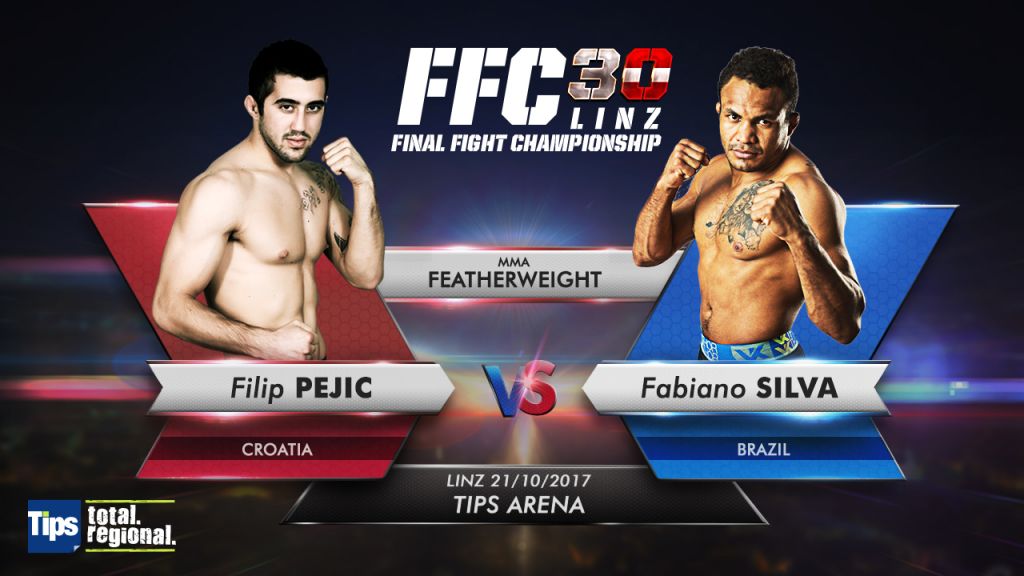 At FFC 30 this October Croatian MMA prospect Filip Pejić is to defend FFC featherweight belt in his second title defense in the MMA co-main event.

After a longer hiatus, former UFC fighter and FFC featherweight champion Filip ‘Nitro’ Pejić (11-2-2, FFC 4-0-2, fighting out of Croatia) is to fight under the FFC banner again. Ever since UFC cancelled his contract, Filip Pejić scored two wins, but his last match at FFC 28 with Alexis Savvidis finished as a draw. Another impressive thing about Pejić is the fact that he suffered only one loss in his 13 professional MMA bouts. The only opponent he lost to was Damian Stasiak in the UFC Octagon in his only bantamweight excursion.

At FFC 30 this ATT Zagreb member was set to defend his FFC belt in featherweight division against Russia’s Arbi Mezhidov (7-2, FFC 1-0) currently living and training in Austria, but Mezhidov pulled out of the fight last week citing injury.

Instead, promotional newcomer Fabiano ‘Jacarezinho’ Silva (28-10-1, FFC 0-0, fighting out of Brazil) would be stepping up to fight the Croatian featherweight. Fabio Silva, currently living and training in Germany, is an experienced fighter with 28 wins under his belt. He scored 10 wins via KO and 12 via submission which only adds to the fact that Pejić might face one of the most difficult tasks so far. Moreover, Silva also fought for the KSW featherweight title in 2016, but lost via decision to defending champion Artur Sowinski.

With these two fierce KO artist in the ring, there is almost no chance this match will go to distance!

FFC first two-weight division champ Samo Petje drops FFC welterweight belt ahead of his catchweight superfight with Eduard Chelariu at FFC 30 Linz Filip Pejić ahead of his FFC 30 title defense: ‘I missed the excitement, I will give my 200%’