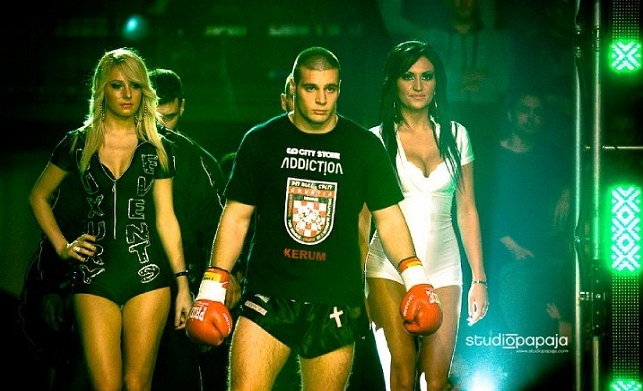 One of Croatia's biggest K-1 prospects, Agron Preteni, should have faced a new difficult challenge in his career against dangerous Belgian Mamadou Keta at Final Fight 3 in Split, but bad news have arrived from the south of Croatia.

During his prestige fight with Andrei Stoica at K-1 World Grand Prix Final, which he ultimately won, Preteni suffered a shoulder injury which didn't seem too serious at first and it was expected to heal before April 19 and FFC 3.

However, a week ahead of the event in Split it has become clear that the shoulder injury will not heal in time, meaning that Preteni will not be fully prepared for a hometown fight and cancelling the bout was the only option in this case.

As Fight Site was informed by promoter Orsat Zovko, efforts will be made to find a last-minute substitute, although everyone is aware that there is very little time left to find a quality fighter ready to step up.
Still, even if no new fighter can be found, the remaining nine fights in Split are a warranty for a top quality event that should definitely not be missed, and tickets are available for purchase via the Eventim system at very affordable prices, starting from 80 HRK (about 10 EUR).

Golcic: This is a fantastic opportunity for my career, the crowd won’t be disappointed! Kujundzic: I won’t let Štrucl beat me again!